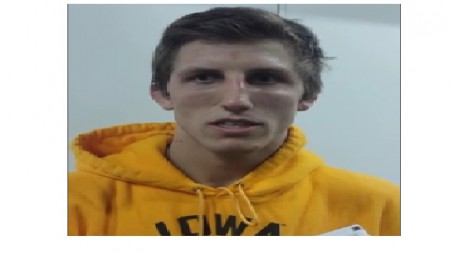 We caught Brody at the break of the dual and got his thoughts on wrestling seven minutes, and what he needs to do to win the 149 spot going forward.

Brody Grothus: Yeah, absolutely. I went out there right off the bat got to my tie, and I wish I would put him to his back for a couple seconds. I came out for two (the takedown) and kept building on that lead and I got a lot of bonus points for us.

Q:The message from coach after the Iowa State dual was he wanted more bonus points.

Q:How important is it to produce results like tonight when you know there is that cloud “who is going to be at 149” between you and Sorensen?

BG: Coach kept talking about separation and separation comes from going out and dominating your opponent and I feel like I did that for seven minutes.Six (team) points is always better than five, but I only had about four (points) with about ten seconds left and I went and got an extra point for us.

Q:It seems like you guys got quite a bit of depth at the midweights, is that something you see at practice everyday?

BG: Yeah. Guys are scrapping up and down the lineup. They (coaches) always talked about if your behind Gilman or Clark your one second away. If a guy breaks his leg, who is going to fill his shoes? We have to be tough at ten weight classes and that is our goal. We don’t just need ten guys to win a national title, we need 20, 30, 40.

Q: Cooper moved up to 157 for the time being. Do you see it as just a you vs. Sorensen now for this spot in the lineup?