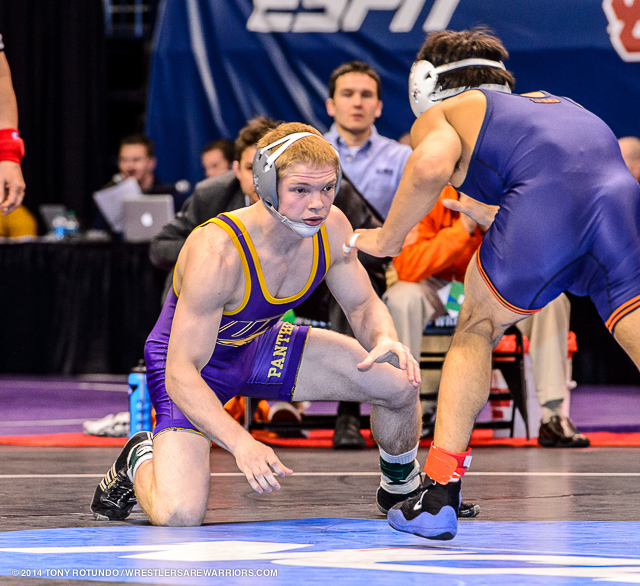 The 33rd Cliff Keen Las Vegas Invitational is this Friday and Saturday with eight of the top twenty teams in the country headed down to Sin City for the event. Northern Iowa and #12 Iowa State will both be going down to join the stacked field.

The tournament looks to be a good one, especially at 125, where eleven of the top twenty wrestlers will be competing. This will be the best opportunity for UNI’s Peters to show that he has taken another step competitively and can continue to beat the top wrestlers in the country.

“Las Vegas is going to be a great tournament, a lot of good teams there, a lot of really, really strong individuals,” Head Coach Doug Schwab said of the tournament. “It’s a great opportunity to make yourself known, it’s a great opportunity to put yourself on the national scene right now. Lets start making ourselves a household name and you do that by beating top-ranked guys; beating guys that you’re not supposed to beat. That’s what we need out of this program.”

That is the theme with all of the Panthers this weekend and this season: taking the next step. While this group of Panthers have been good, they have yet to be great and that’s the opportunity that wrestling in big tournaments such as this one provides.

Levi Wolfensperger looks to get on the right track after a loss to Purdue’s Danny Sabatello. Cooper Moore at 165 is continuing to build after an early season setback. Blaize Cabell has looked good against some decent competition, but he’ll get some tougher guys this weekend as well.

Cody Caldwell, who is out with an injury from the opening tournament of the year, would probably be seeded at 184 if he was healthy, but he will be out for most of December. Curt Maas has just entered a poll today for the first time all year (The Open Mat, #16) and may end up having a big showing this weekend as well.

It is going to take aggressive, smart wrestling for UNI to do well this weekend. Their ranked wrestlers are right there, but can they take that next step? And there are still issues revolving around 141-157. Pick up two or three wins each at those weights and it is a successful weekend for those guys.

For Iowa State the goal will be to wrestle to their seeds. With five wrestlers pre-seeded in the top 5 wrestling to their seed will ensure them a very good finish on the day. ISU is making improvements over years past and this would be another step in the right direction. If Weatherspoon can score an upset or two on the guys above him, and if Dante Rodriguez (141) and Kyle Larson (125) can score two or three wins on the day, it will have been a great showing for ISU.

The event could also pit two sets of #1 vs #2 ranked wrestlers at 157 in Dylan Ness (Minnesota) and James Green (Nebraska) and at 174 in Logan Storley (Minnesota) and Robert Kokesh (Nebraska). ISU’s Gadson (ranked number three) could also face off against number one Scott Schiller from Minnesota.

A full schedule can be found below, as well as a complete list of schools participating in the event. All rankings are either the pre-seeds or FloWrestling’s unless otherwise noted. FloWrestling will also broadcast the event live.