Panthers on the Road, at Purdue, Indiana Tech 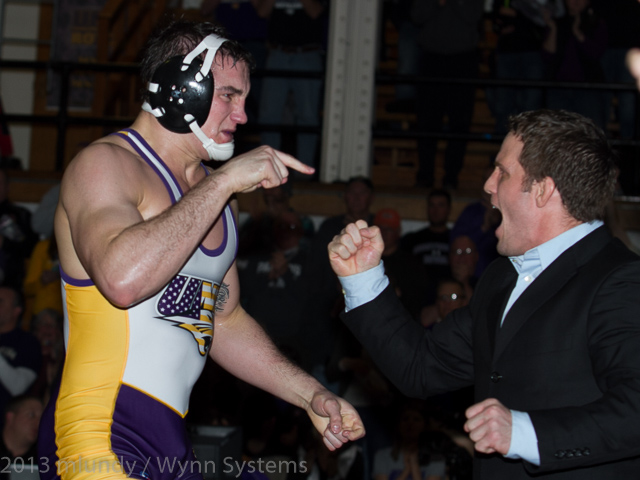 The University of Northern Iowa will be on the road for a triangular matchup this Sunday against the Warriors of Indiana Tech and the Purdue Boilermakers in West Lafayette, IN.

Indiana Tech is an NAIA school out of Fort Wayne, Indiana, and they are not afraid to run with the big boys. They were up at the Michigan State Open a few weeks ago and placed two wresters. At 197 Georgio Blades took second, while Mitchell Pawlak took 5th at 133. Blades had two wins over Big Ten foes, a 9-2 decision over Michigan’s Matthew Okaiye and a 3-1 decision over Illinois’ Colton Emmerich.

The Warriors have yet to wrestle a dual meet, but will wrestle in three duals on Friday at the Campbellsville Duals against St. Andrews Presbyterian, Campbellsville University, and St. Catharine College.

Purdue was in action last weekend in California, first beating Cal Poly 30-9 and then bringing home 11 place winners at the Road Runner Open, led by tournament champion Danny Sabatello (133) and runner-up Nick Lawrence (141). The dual meet with the Mustangs was Head Coach Tony Ersland’s debut, and his first win with the Boilermakers.

The Panthers come in after a successful trip to Missouri for the University of Central Missouri Open putting 18 wrestlers on the podium, including five first place winners in Dylan Peters, Levi Wolfensperger, Curt Maas, Cody Caldwell, and Jared Bartel. The Panthers also had six third place winners. See our full recap of the UCM Open here.

The UNI – Purdue dual will be a rematch of last years dual, the Panthers won that one 21-12. The upcoming dual will feature three rematches from last years battle; Jarrett Jensen vs. Alex Griffen at 157, Cooper Moore vs. Pat Robinson at 165, and Jared Bartel vs. #7 (Flowrestling, unranked in Intermat) Braden Atwood at 197. Jensen and Bartel both lost, while Moore won his match 6-1. Other than those three it’s a new lineup projected for Purdue.

Something that will be interesting is how 157 and 197 play out. Jensen had an impressive comeback at the UCM Open, losing in the second round but wrestling back for 3rd. If he can get an early season win over Welch it will bode well for the rest of his season. Bartel at 197 is in the same boat, if he can keep it close or upset Kissel, that will show a lot of improvement over last year’s situation at 197.

Below are the projected lineups for the UNI/Purdue dual. Since a few of the weights are up in the air we have listed multiple guys who may go for the both schools. Below that is the lineup for Indiana Tech, and we’re not entirely sure who will be wrestling for UNI there yet, so we’re only listing the Warriors. All rankings are from Intermat unless otherwise noted. IA Wrestle will have complete coverage of both duals via Twitter on Sunday.

#17 University of Northern Iowa vs. Purdue