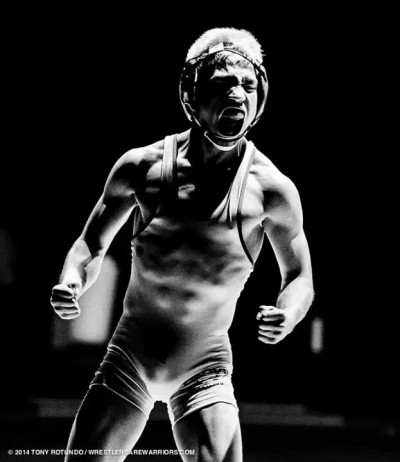 Today was a big day for the Iowa program as they received letters of intent from quite a few of their class of 2015, but maybe even just as big they received their second verbal commitment for the class of 2017 when 113 Justin Mejia of Clovis, California announced he would be attending the University of Iowa. “I just love the mentality. That’s the kind of guy I am and the way they wrestle, and now I get to say I am going there.” Meija said on choosing Iowa. “I really love the Midwest, more than the east coast which has a lot of people and everything is smashed together. I just like it there.”

What makes the verbal even more intriguing is that Iowa’s other 2017 verbal, Jason Renteria is at the same weight, “It was overwhelming at first,” Mejia said of the decision process, “and when Renteria committed I was a little nervous at first, but I talked with my coach Ben Holscher and in the end picked Iowa.” Renteria and Meija’s bond will deepen when the two will meet in an Illinois dual when the two nationally ranked teams they wrestle for square off, “We’re going to try and rip each others heads off, and I want to win, but at the end we’re future teammates and it’s going to be all good.”

A California state champion, and Flo nationals place winner Mejia said that he really increased his interest in Iowa when he attended a camp there this summer. When asked who in the room he would be interested in wrestling with Justin responded, “McDonough is a guy I have looked up to forever, and Gilman was a guy I was close with at the camp this summer.” Mejia also mentioned being able to work with Renteria some day.

“I would like to thank my parents for making it possible for me to even be here, and then letting me do all of this (wrestling). I would also like to thank my coach, Ben Holscher.” Mejia said, “I also want to let Hawkeye fans know I am never going to quit. I am going to wrestle until the whistle blows. I never stop and just keep on going.”

This is a very solid addition for Iowa and Mejia, who projects either 125 or 133, has a chance to continue Iowa’s tradition of strong lower weight wrestlers. After building a pipeline out east, it appears that the Brands brothers haven’t forgotten the highly talented west coast. We look forward to a lot of good things to come from the young wrestler and now with this decision off his shoulders, he can go out and do what he does best. Wrestle non-stop until the whistle blows.