Super 32 Preview – Who’s going and where to watch 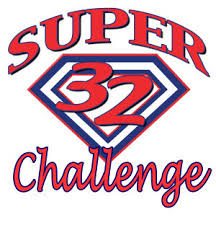 What – The Super 32 tournament is a prestigious high school tournament that is held in Greensboro, North Carolina. It’s basically one of the Who’s Who event in the high school field.
When – The Super 32 tournament will be Saturday, November 1st-2nd
Where – As in, where can you watch. Flowrestling will be carrying the stream of the event through their FloPro service.
Who – Now that is very long list (Flowrestling rankings):

106
#13 Justin Portillo – Clarion Goldfield JR. 106 runner-up (1A), Conflict at Carver and Fall Brawl champion (106), and Preseason National runner-up. Portillo recently cracked the rankings on Flo after winning back-to-back preseason tournament titles and then followed that up with a 2nd place finish at Preseason Nationals.

113
#1 So. Spencer Lee Franklin Region, PA – Cadet World Champion. Who isn’t watching the young Spencer Lee? Already considered the second best high school wrestler – in the entire nation – and he has the stuff to back it up. Lee won this weight class a year ago, and there is little doubt he won’t repeat.
Drew West– Highland Riverside SO. 106 state champion (1A), Conflict at Carver 4th (120), Cadet World Team member. Drew had a great summer, picking up a title at Cadet Nationals in -, and then Fargo AA honors in Greco as well. It will be interesting to see how the sophomore does against some stiff competition.
Josh Portillo – Clarion Goldfield JR. 113 state champion (1A), Conflict and Carver champion (120), Fall Brawl 3rd (120), and Preseason National champion (113). After spending some time up a weight class, Portillo  dropped back down this past weekend, and he will be looking for another title. Among some other notable competitors Mitch Moore will be in this field. Moore was the Super 32 2013 middle school division champion (105).

UPDATE at this weight: #11 So. Jason Renteria OPRF, IL – it appears that Renteria has issued his verbal committment to the University of Iowa, so he now becomes a wrestler of interest at the Super 32. Renteria is going to come in the 6th best wrestler at his weight, but that may be a good thing, as he will have a chance to climb the rankings.

120
#1 Jr. Nick Suriano Bergen Catholic, NJ – defeated Daton Fix in the longest high school match in history at Flowrestling’s Who’s #1. Suriano is one of the top targets in the nation for next year’s recruiting class, and is a name that wrestling fans should learn, if they haven’t already done so.
Bryce West – Highland Riverside SO. 113 3rd place finisher (1A), Conflict at Carver 3rd (126). West has seen his stock fall since being ranked at 113 after a Fargo performance that saw him earn honors in both Greco and Freestyle. After not having the success he is accustomed to at 126, we will see how he competes at 120. Still considered one of Flowrestling’s top 50 sophomores, West will look to try and bust back into the rankings.

126
#6 Sr. Markus Simmons Broken Arrow, OK – #47 ISU Commit. Simmons is one of the top prizes currently in Kevin Jackson’s recruiting class. It will be a loaded weight, as Luke Pletcher (2013 119 Super 32 champion) and two Oklahoma State commits – Nick Piccininni (2013 4th at Super 32) and Lincoln Olson -, and Ohio State commit Jose Rodriguez (2013 3rd at 113 last Super 32) will be his top competitors. This weight class is stacked with top high school talent!

132
Hunter Washburn – Alburnett – SR. Two time State champion. Washburn was on a quest to win his third title in Iowa until he ran into Carter Happel, and afterwards failed to place. I look for a strong resurgence in his final campaign from the former champion.

152
#18 Jr. Kaleb Young Punxetawny, PA – Iowa 2016 Class Commit. A lot of Hawkeye fans will now have their eyes on this bracket, as the earliest verbal in Tom Brands history will be taking the mat against some stiff competition. Rated one of the top 2016 juniors, Young will be facing off against a very talented senior group. Leading the charge at this weight will be the #13 Bucknell commit Zach Kelly. Kelly was the runner-up a year ago at this weight, and is easily considered the favorite. Josh Maruca (#18 and Arizona State commit) is the closest competitor, as after a 6th place finish at 132 a year ago, Maruca has bumped to 152 and has molded himself into one of the nations top recruits. Two other big names in this weight class are #63 Amine Myles (Michigan) and #92 Tommy Forte (Buffalo). Forte was the 4th place finisher last year at 145.
Tristian Johnson – Osage JR. 5th at Conflict at Carver and 4th at Blue Chip Fall Brawl. Johnson will also have his work cut out for him, much like Young. After finishing with All-American status at Fargo cadets this summer, Johnson bumped up to 152 for the season and has placed at a couple preseason tournaments.

160
#4 Jr. Alex Marinelli Graham, OH – Iowa 2016 Class Commit. The new Iowa commit will have his hands full as Top 15 recruit Fox Baldwin is the top competitor in the field, and according to Flowrestling, is just one spot higher than Marinelli in the standings. It will be interesting to see if Marinelli can climb the rankings, as he will also get a shot at the #1 ranked wrestler at his weight before the year is done.
Dayton Racer – SR.  former Minnesota state champion (8th at Super 32 – 152 last year) – #48 recruit. Grappler Fall Classic champion and 3rd place at Preseason Nationals. Early on Racer went out East and dominated the GFC so much that he earned IA Wrestle’s Wrestler of the Week, and he followed that performance by finishing third last weekend at Preseason Nationals, losing to the eventual runner-up Loving from Oklahoma.

170
#6 Sr. Taylor Lujan Carrolton, GA – #32 UNI commit (2nd at S32 160 last year).  Lujan will be the man to beat at his weight and in terms of competitors it is a bit of an unknown. His biggest competitor could come from his future in-state rivial DiBlasi.
#10 Colston DiBlasi Park Hill, MO – ranking at 152 #82 ISU commit. Wow, I did not see this one coming. DiBlasi wrestled 152 this summer at Fargo, so to see him up at 170 for the Super 32 tournament is a real shocker to me. Given that everything we have seen of DiBlasi has come at a lower weight, I look forward to seeing how he performs up almost 20 pound from this summer.

182
Evan Hansen – Elk Horn. 182 3rd place finisher (1A), Grandview Commit. On Paper Hansen’s field looks open for the taking with no returning Super 32 placewinners, but don’t let that fool you. This field features #28 Dylan Wisman (Missouri) and perhaps more importantly the #1 guy at his weight, Zahid Valencia. After winning the Who’s #1 event, I don’t think there is anyone in the world that can stop Valencia, despite the 50 pound weight gain.

195
#5 Sr. Hunter Ritter John Carroll, MD – Ritter will be the top dog of this weight and what makes him so interesting is that he is one of the highest remaining big men left to commit (and overall as well). With Iowa possibly in search of an upperweights, Ritter will be interesting to watch.
Gabe Rangel – SR Davenport Assumption. 3rd 2A 182. The amount of talent in the upperweights drops off the heavier you go at this tournament, but if Rangel wants to make a name for himself, he will have a prime opportunity to do so this weekend.

220
#14 Jr. Ethan Andersen SE Polk, IA – Jordan Wood is the man to beat, but Andersen actually holds a win over the Lehigh commit (although it was in Greco). Andersen hasn’t been in any preseason tournaments, but he was a cadet national champion this summer, representing Team USA in Slovakia. Andersen is looking to improve his stock as one of the nations best big men at this weight.

Which wrestler are you most excited about participating in the Super 32 tournament? Sound off in the comments below!