Kokesh and Wilps will meet at 174 #NWCAClassic 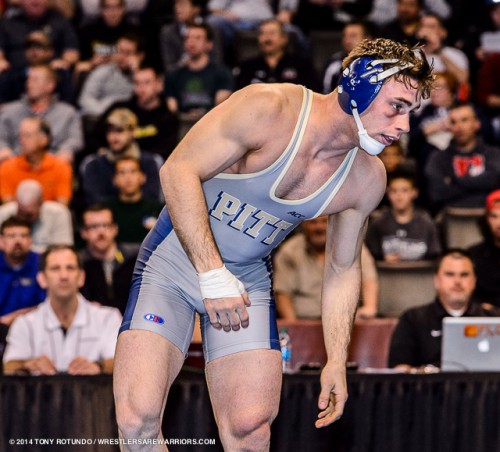 Northwestern won’t be the only Big Ten school sending two participants to the NWCA All-Star dual, as today it was announced that Robert Kokesh of Nebraska will face Pittsburgh’s Tyler Wilps at 174. This will be the third meeting between these two wrestlers, with Kokesh owning the series 2-0. Looking at the rankings updated today by WrestleStat Kokesh checks in at #2 and Wilps is ranked #5 behind Iowa’s Mike Evans.

Kokesh could have the opportunity to face all three Iowa schools as Nebraska’s schedule has the Cliff-Keen and Southern Scuffle on the schedule. Both Iowa State and UNI will head to the Cliff-Keen tournament in Vegas, where ISU is expected to send out #8 ranked Tanner Weatherman, and for UNI it could be Cody Caldwell or Kyle Lux. Kokesh didn’t wrestle Weatherman last year, but he did rack up a 14-2 major decision over Lelund Weatherspoon, who at the time was alternating 174 starts with Weatherman. ISU will also be at the Southern Scuffle so a Weatherman-Kokesh battle could happen on two occasions for the upcoming season. Surprisingly Nebraska will not face Iowa in the dual season, so an Evans-Kokesh rematch will have to wait for now.

Being a member of the ACC means that Pittsburgh is not a common opponent for any Iowa school, but Pitt does have the Scuffle on their schedule as well, so a battle between two potential All-American’s could happen between Wilps and Weatherman

4 thoughts on “Kokesh and Wilps will meet at 174 #NWCAClassic”