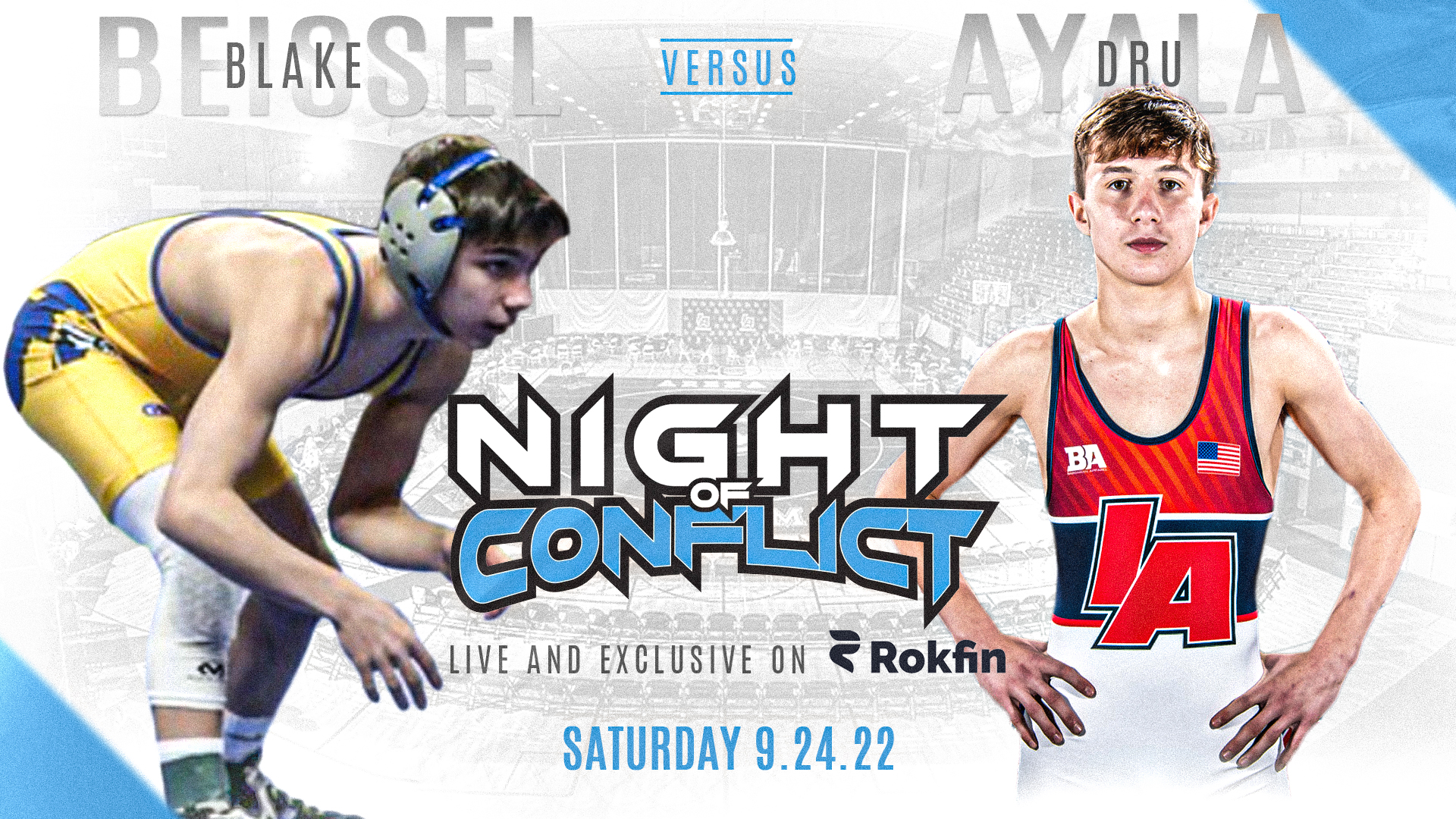 We conclude our Men’s matchups with three high profile lightweight matches that will feature some of the top Iowa talent according to our most recent FAB50 listing.

In our first match we will see Roland Story’s Kade Blume match up with Ogden’s Kolton Munson. In his two trips to the state tournament, Blume has gone two-for-two in titles putting him well into his path to try and join Iowa’s elite four-timer’s club. He sits #5 in our top juniors and #21 in all of Iowa in the FAB50. Blume also won a Junior freestyle title this summer.

Blume’s opponent will be fellow junior Munson, who is a two-time state medalist, coming in second this past season as a sophomore. The year prior he finished seventh in Class 1A. Munson is ranked #25 in the top IAwrestle juniors.

The next match features an Iowan that is no stranger to the Night of Conflict event, as Dru Ayala returns to face another Minnesota wrestler, this time it will be Hasting’s Blake Beissel, who is a 2022 state champion.

Ayala comes in #3 the IAwrestle juniors, and #13 in the FAB50. He is nationally ranked by MatScouts and is coming off a Junior freestyle All-American performance at Fargo. Last fall Ayala boosted his profile by edging another Minnesota wrestler, Brandon Morvari of Simley in the Night of Conflict event.

The final match is potentially one of the biggest matches of the dual where sophomore Max Riggins will challenge senior Kale Peterson. This summer Riggins, who wrestles for Bondurant-Farrar, was one of the breakout stars on Iowa’s 16U team earning All-American status in freestyle and Greco-Roman. As a freshman, Riggins finished fifth at the state tournament, but he went on to finish fifth in the country at Fargo in freestyle and sixth in Greco-Roman. He is also one of just seven sophomores to be featured in the IAwrestle FAB50.

On the other side of this matchup is Greene County’s Peterson, who also had a solid freestyle season that led to him earning All-American status at U17 UWW Cadet Nationals. After finishing sixth as a freshman, Peterson has won back-to-back titles at the state tournament and currently sits in the top ten of the IAwrestle FAB50.