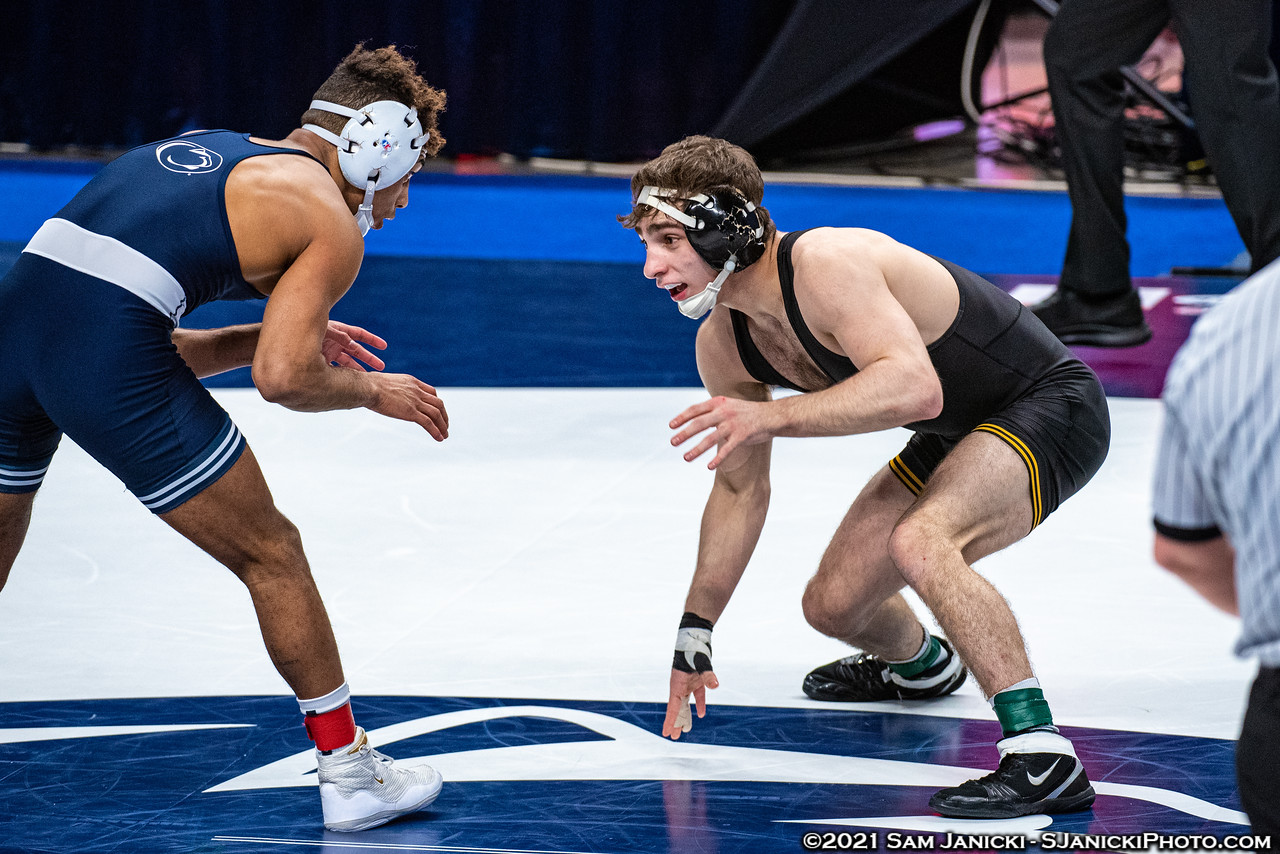 The top four seeds fell pretty much as expected. The clear top two looked like Jaydin Eierman and Nick Lee followed by Sebastian Riveria and Tariq Wilson. The biggest surprise at the top may have been seeding a one loss Rivera, who is new to 141 this year, over an undefeated ACC champ. Dom Demas got revenge over Ian Parker in the Big 12 finals, and with a regular season loss to Alan Hart, Parker ended seeded seventh. Maybe an argument could be made that Chad Red, a returning All-American could have been a bit higher since his only losses are to the #1 and #3 seed.

The top four seeds went as expected – Ryan Deakin and Hayden Hidlay earn the #1 and #2 seeds, the same as the year before. After that is David Carr and Jesse Dellacecchia who were both conference champions.

There is no debate surrounding the top seed, but there has been plenty about Utah Valley’s Demetrius Romero getting the #2 seed over the likes of Carter Starocci and even Mikey Labriola. I can’t say I can blame those shocked. At 141 the committee put Nick Lee and Sebastian Rivera (both with one loss) ahead of ACC champion Tariq Wilson.

Considering Romero only wrestled two matches in 2020, and is not a returning All-American I am not sure if I see the same justification, but we will just let the wrestling play out over this weekend and go from there.

This bracket is pretty wild. The Big Ten managed to grab the top two seeds, while undefeated PAC12 champion Kordell Norfleet was put third and AJ Ferrari, who really notched a ton of quality wins came in number four.