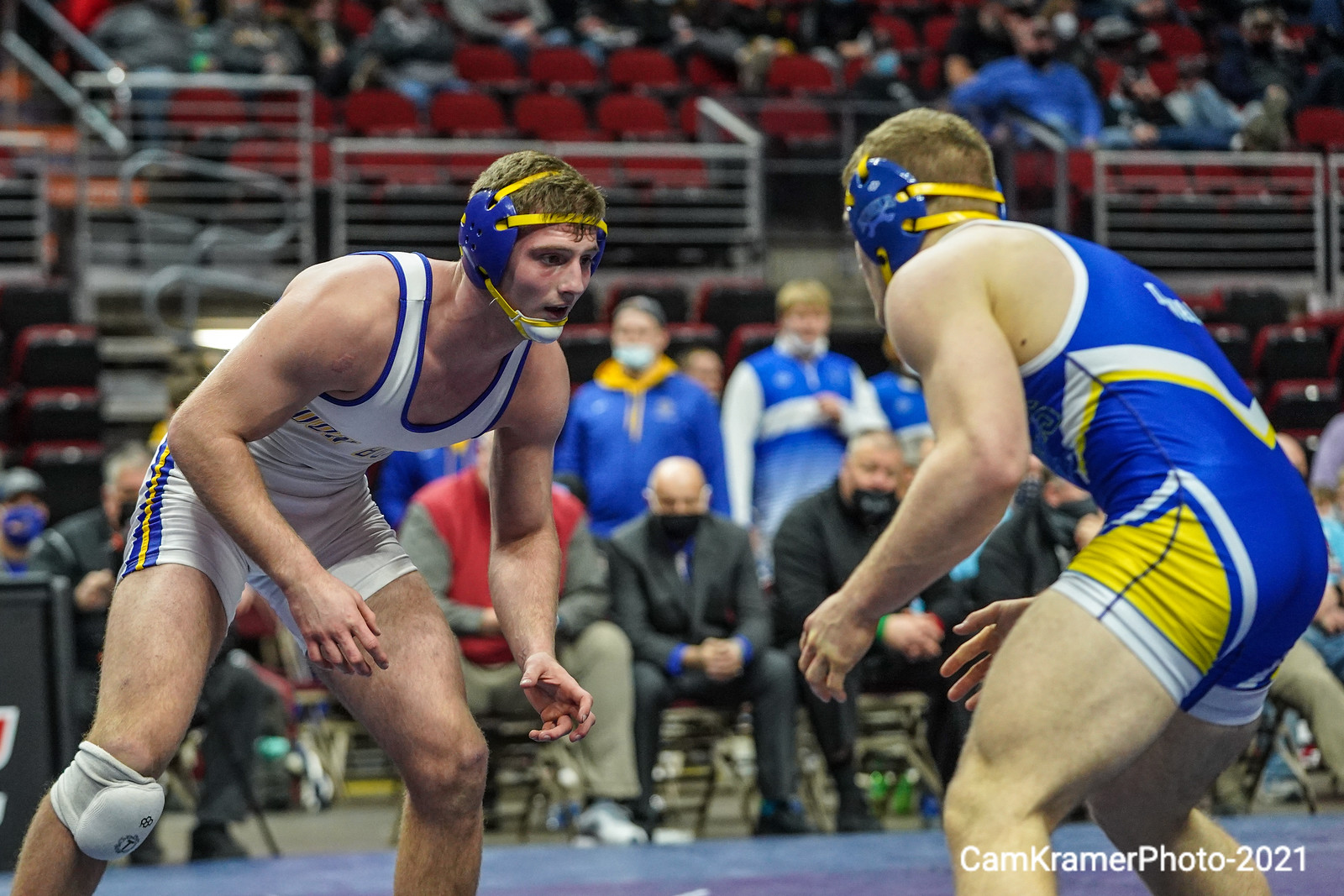 We are adding a different kind of state champion battle to our March 13th card in Sioux City as it will be an Iowa vs Kansas showdown at 182 pounds. From Class 1A Carson Tenold will look to defend his home turf against two-time Kansas state champion Jared Simma.

Information can be located on the event website including ticket info. It will be streamed on the IAwrestle Rokfin Channel starting at 6 PM CT.

Tenold is now a three-time state finalist, and last month he came away with his first ever state title at 182 pounds while helping the Dons sweep both the Traditional and Dual team titles. Now, as the junior continues to build on his budding career he will be tasked with going up against a nationally ranked opponent.

Now a four-time state finalist in Kansas, Simma closed out his prestigious career by winning his second state title for St. Thomas Aquinas. He is currently the #23 ranked 182-pound wrestler in the country and is a name the Iowans should get used to as he will compete collegiately for Doug Schwab at the University of Northern Iowa.

Two other matches are also being announced at this time as a pair of West Sioux wrestlers will suit up to compete at the event. The 113-pound runner-up Brayden Graff will be taking on an opponent from across the border, facing Lincoln East’s Brandon Baustert, a Nebraska state champion.

There will also be a western Iowa middleweight showdown with Graff’s teammate and third place medalist Cullan Koedam also entering the fray, and he will bump up to face four-time state finalist Briar Reisz
of Logan-Magnolia.