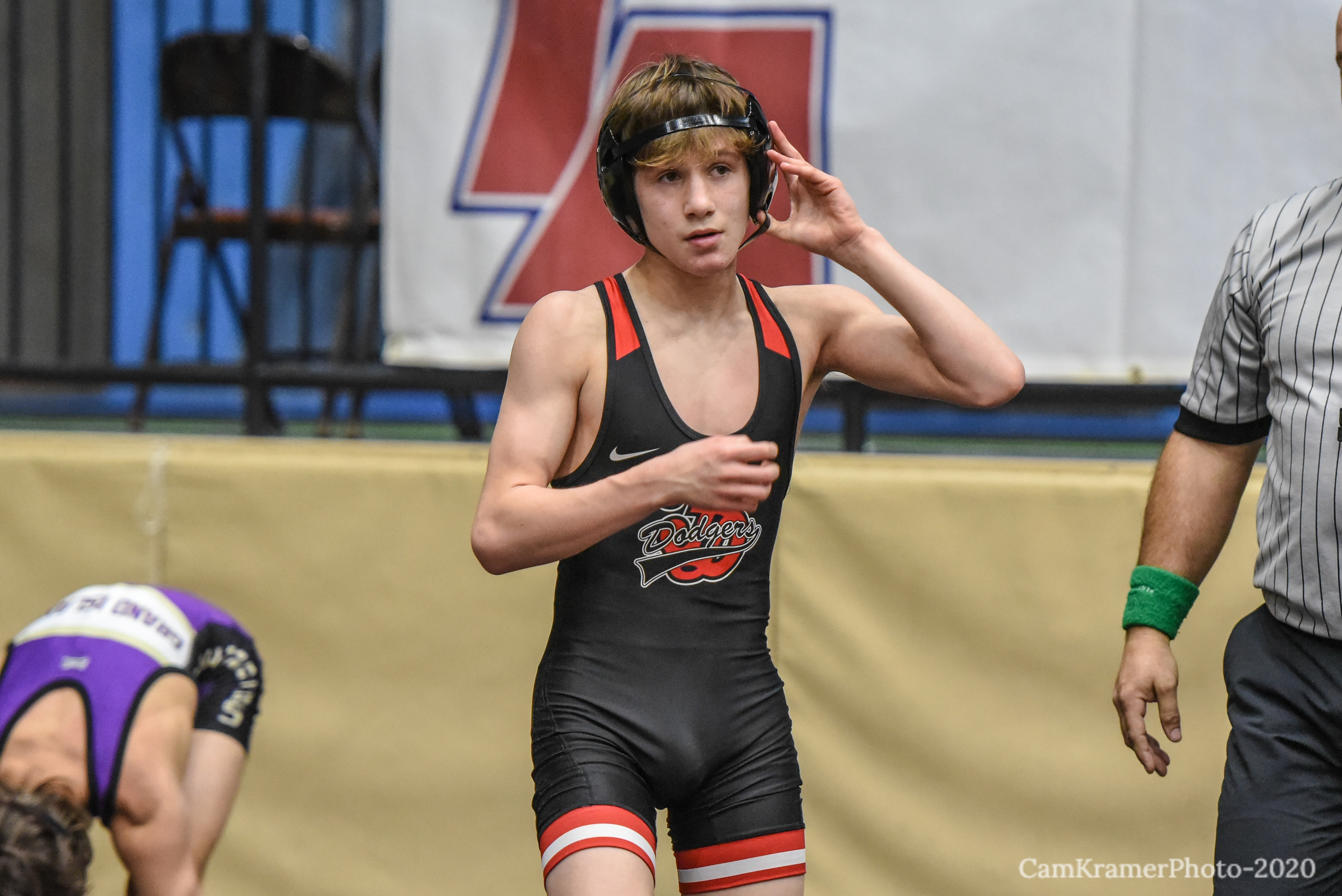 IAwrestle divided the state into three regions for class 3A using just west of Fort Dodge and just east of Oskaloosa as my dividing lines. This gave me a West, Central, and East region. Just based on where the majority of the population in the state is, this left the East with 29 teams, Central with 24, and West with 11. LINK TO 1/5/21 RANKINGS

Back to even for the Central and East as each have five teams in the top 10 again. The West highest team is still Carroll who moved up to #28

No major changes for these graphs since last time. The West and Central each gained one while the East lost one.

A few new faces made their debuts at #1 this week, but both Waukee wrestler’s replaced other wrestlers from the Central region.

The Freshmen slice of the pie graph continues to grow as there are seven more ranked Freshmen in the most recent set of rankings. All other classes took a hit because of this, but the Junior class lost seven guys!

Some minor changes to the graphs breaking down class and region. The Central region more than doubled their ranked freshmen from four to nine, but lost five ranked Juniors. The Central continues to lead all classes other than Juniors, which is led by the East.

A few changes in this next graph explaining the amount of ranked wrestlers on each team. The craziest part about it is that there are now 11 teams with six or more ranked wrestlers. To keep things interesting, four of those teams are outside of the top 10. That should lead to plenty of drama in the trophy hunt at Wells Fargo.

No major changes here, but the ranked teams did gain one more ranked wrestler.