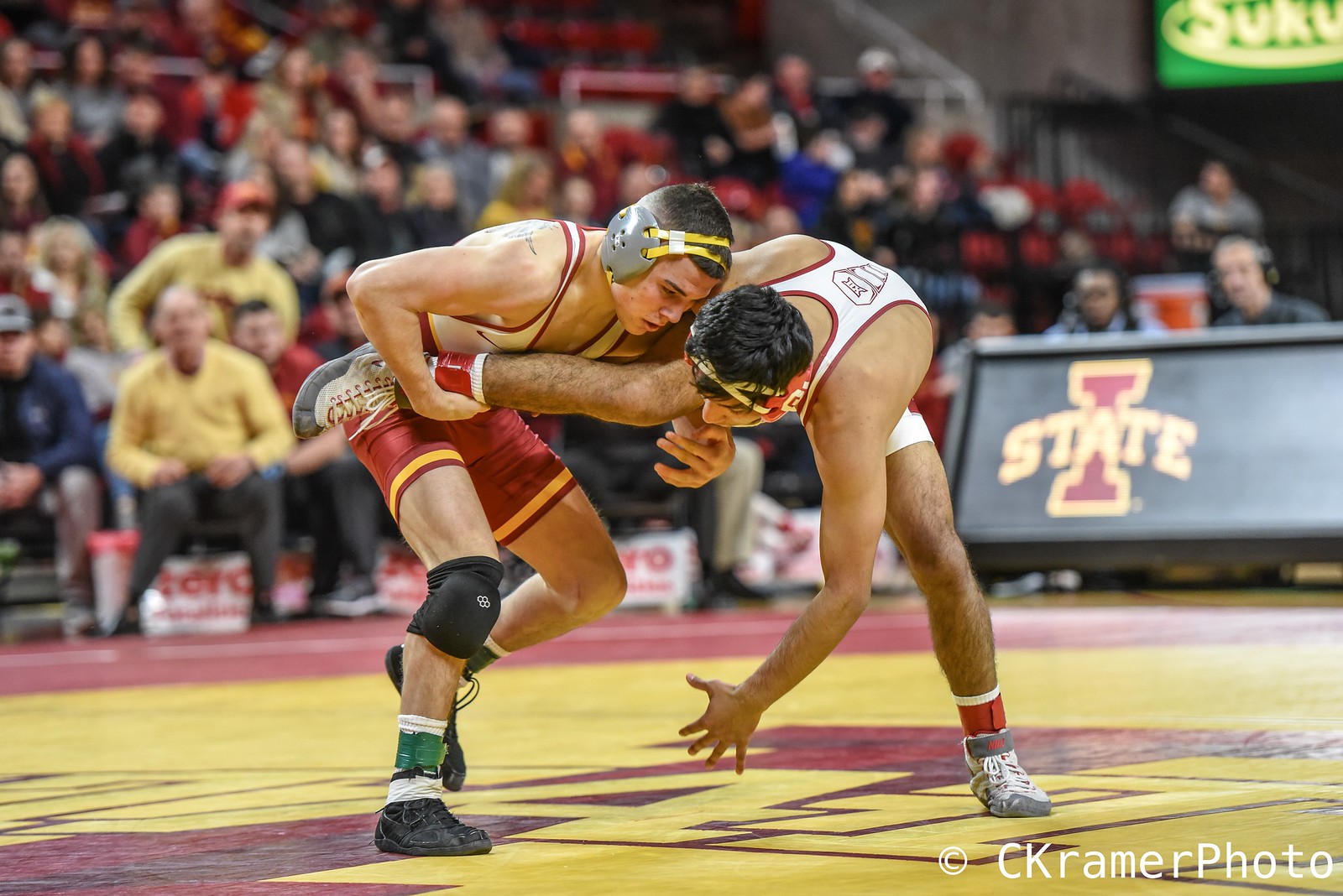 The start of Austin Gomez’s college career has gone far from the way he planned as a rash of injuries have put a damper on one of the recruits in the class of 2017. In fact Gomez’s talent was so apparent that despite him pulling out of his commitment to Iowa State his senior year of high school, then newly appointed head coach Kevin Dresser made one of his top priorities to secure the commitment of the Illinois native.
Fast forward three plus years and its clear that was a great decision for both parties as Gomez has shown tremendous potential shortly into his career at Iowa State – and that production is a key driver in Dresser’s plans to rebuild the Iowa State program.
Recently, Gomez joined IAwrestle in studio to join host Tony Hager on the Potentially Dangerous to talk about his wrestling career and details of his life on and off the mat. In their interview they were able to discuss the Cyclone wrestlers plan for this coming season, and there was no hesitation from Gomez about where he intends to go.
Read the rest of this article by subscribing to IAwrestle on Rokin