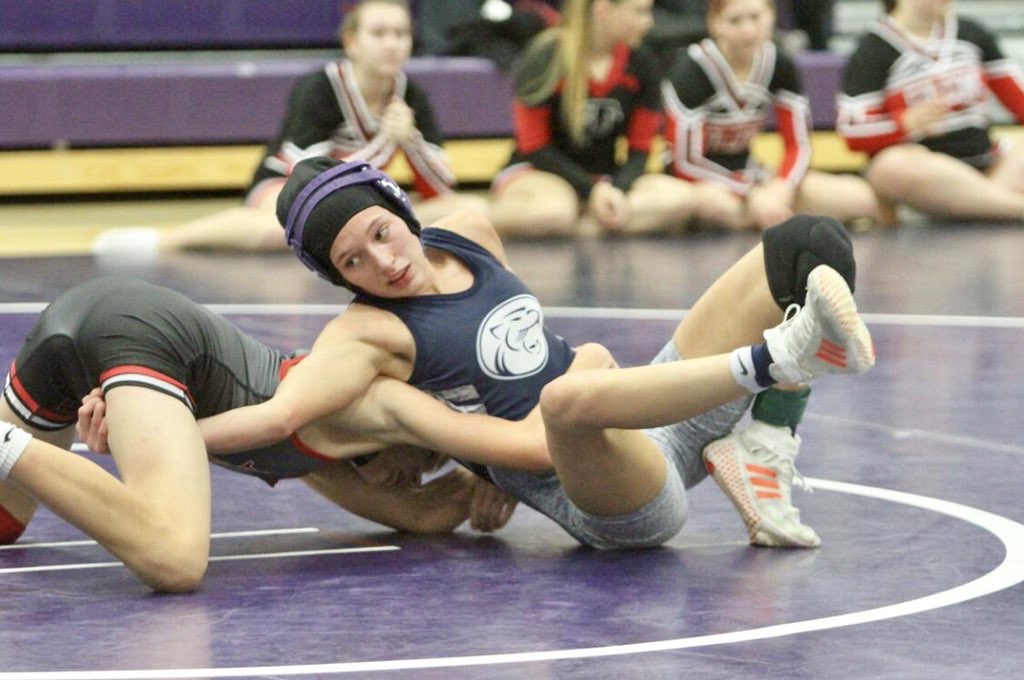 The Kirk Hageman Memorial Scholarship Board of Directors is very proud to announce that Ali Gerbracht of AGWSR has been named as the winner of the 2020 scholarship. Gerbracht finished her outstanding high school wrestling career as a two-time IWCOA state finalist and 2019 state champion. She was also named the 2019 Dan Gable Ms Wrestler of the Year in Iowa.

However, it wasn’t her wrestling that stood out in her application, and winning this award isn’t about being the best wrestler. Ali’s love and passion for the sport and for those people who have helped her achieve her goals clearly stood out. She spoke of all of the years of hard work and sacrifice put in, not only by herself, but by her family and coaches and how much those around her have meant.

Ali is also clearly dedicated to her school work and we know that she will have academic success at the next level as well. She plans to attend the University of Northern Iowa next year in pursuit of a Biology Degree.

The Kirk Hageman Memorial Scholarship was first given out in 2014. Kirk Hageman was an avid wrestling fan who graduated from Decorah High School in northeast Iowa. He continued to be heavily involved in wrestling after high school and it was a great passion of Kirk’s for his entire life. Kirk was involved in the sport in many ways but most notably, and his favorite, was as a volunteer high school wrestling coach at Richland Center, WI as well as Cedar Rapids Prairie High School in Cedar Rapids, IA. In 2009 Kirk passed away much too young, but his exuberance for wrestling lives on with his family and friends. This scholarship is now given every year to a high school senior from Iowa who is very passionate about wrestling and wants to give back to the sport in the future.