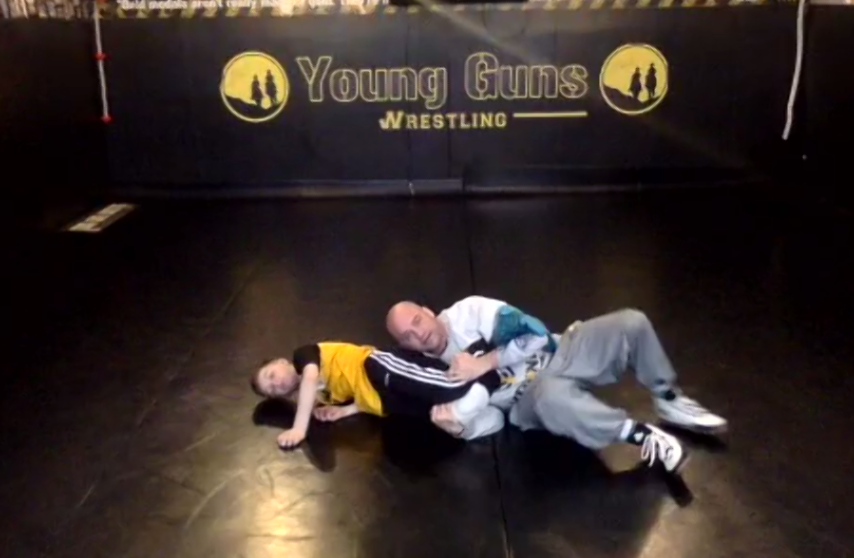 We are living in unprecedented times. While we all hunker down in our homes staving off the global pandemic that is COVID-19, or the novel coronavirus, businesses across the country are shutting down while we all wait out the virus. For wrestling clubs across the country, this poses new difficult challenges. As one of those small businesses impacted by the virus, these wrestling clubs have had to come up with new ways to engage with their members that provide value to both the athlete and coach since person-to-person instruction is out of the question.

One club that is blazing the trail in these difficult times is the Young Guns Wrestling Club, based in both Western Pennsylvania and a second branch of the club is located in the Quad Cities area on the Iowa-Illinois border. The club was founded by former Iowa Hawkeyes Eric Juergens and Jody Strittmatter in the early 2000s has blossomed into one of the nation’s premier wrestling factories in the country.
Fans in Iowa are very familiar with Young Guns, as the club has produced several starters at the University of Iowa’s lineup. The most notable of course is the Hawkeyes’ two-time NCAA champion Spencer Lee, who recently finished his junior year at Iowa by winning the Dan Hodge Trophy. The award is given to the nation’s most dominant wrestler. Lee was the third winner in Iowa program history since the award’s inception.
Other Young Guns products at Iowa include Max Murin, Kaleb Young, and Michael Kemerer – all three of which were starters for the Hawkeyes in 2020. The club’s head coach Jody Strittmatter, who was a two-time Big Ten champion and All-American for Iowa has seen a number of his wrestlers go on to have success at his alma mater, but he that’s just the tip of the iceberg. Former Young Guns athletes have found homes and success across the country.
Now, with most of the nation on lockdown, Strittmatter looks to continue to try and innovate with his club while developing the next wave of wrestling talent. Assisted by his brothers John and Joe, the Young Guns club has begun hosting virtual sessions using applications like Zoom and Google Classroom as he looks to provide instruction to his members.
“My younger brother is a principal, my older brother is a teacher and they were going through the same thing with their schools.” Strittmatter said in an interview, “So, my younger brother said ‘Jody, why don’t we do this online?’, and I didn’t know what it would look like at first. We had a lot of different ideas and we started throwing them back and forth. We started at the beginning of April with our first class and it’s just kind of grown throughout April the different things we are doing now and it’s starting to be something really, really special for the kids.”

Instruction included by Strittmatter includes conditioning and technique sessions, book talks, and a guest speaker, which is provided on a weekly basis. There are also additional challenges suggested for the members to complete throughout the week like doing 100 pull-ups or push-ups. Strittmatter said that between his work and his brother’s Young Guns members offer as many as 10 sessions a week. Right now as many as 100 participants attend a regular Young Guns session, with attendees from 23 different states as far away as Arizona and Washington attending the virtual sessions in addition to Pennslyvania, Iowa, and Illinois where the club’s two locations are based out of.

“Yesterday morning I think we had 100 or 101 kids on. When Vincenzo Joseph (did his Q&A) I think we had about 110 on at one time. We try to archive everything. As soon as we’re done we will get an email from Zoom and post it to our Google classroom. That’s the platform we have been using.”
The very first Q&A session featured the aforementioned Lee, and the club also had former Hakweye coaching legend Dan Gable. This week’s guest was former Olympian Ben Askren.
One Young Guns club member taking advantage of these virtual sessions is Dysen Gould, who is looking for ways to continue to improve outside of regular practices.
“I just want to keep getting better during this time of no real practice.” Gould said, “One of the things that Coach Jody stresses is just coming out of the quarantine better than you came into it. So that’s kinda my goal. I get stronger and I keep my technique sharp. Also, I am able to better my mindset with Jody’s little talks before, after, and during sessions.”
Anyone that is interested in experiencing the Young Guns virtual training can do so by following this link, which leads to a Google form that the club will then in turn contact individuals about how to get enrolled.
Another Iowa based club has begun offering virtual sessions for free. On April 20th Eastern Iowa Wrestling Club launched their sessions which like Young Guns offers Drilling and Technique, Strength and Conditioning, and a weekly guest speaker.

“We decided to offer free virtual online classes as an opportunity to connect with our current EIWC members and attract new members.” EIWC Director Topher Carton said, “EIWC and the local wrestling community are a pretty tight-knit family. I love that virtual sessions give the kids a chance to connect with their teammates and their coaches again. Along with that, many kids are spending a lot of time on the computer or in front of a screen completing their school work. This gives them an opportunity to get up and get their body moving in a way that is going to improve their wrestling, and our workouts are more than just a fitness class. We have come up with wrestling specific exercises and drills that our kids can do from home.”

“I am hoping to just get some different techniques and more opportunities to train throughout the quarantine. And train with my Lisbon boys that I don’t usually get to train with obviously cause I am in PA.”

One thing that may come out of this pandemic is it may have created a new source of training offered by wrestling clubs. Parents have already been asking Strittmatter if he would continue offering online instruction once life returns to “normal”.

“A lot of the parents have asked ‘When we go back to a more normal practice schedule can you keep doing this?’ It’s been a neat progression through it.”