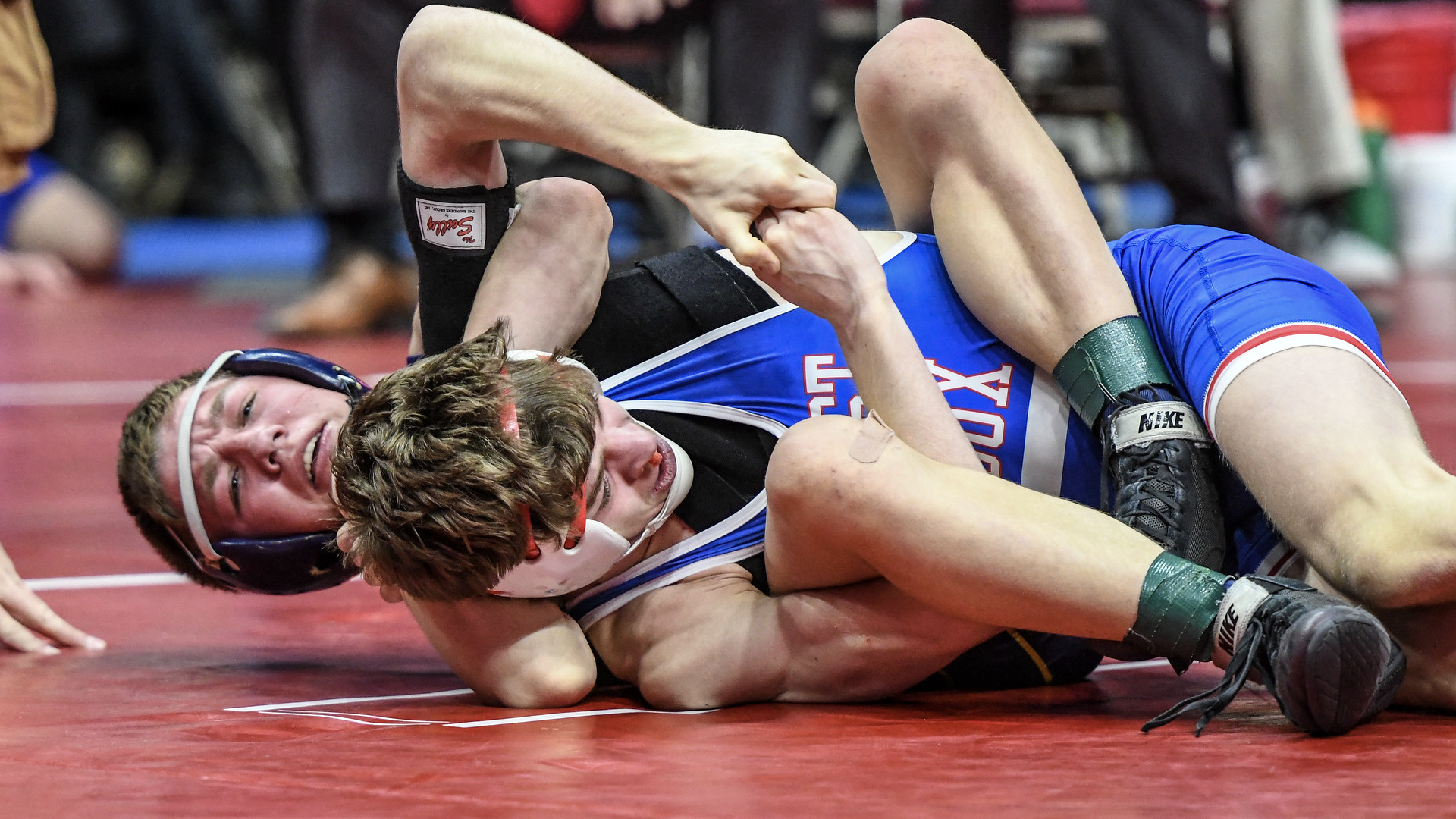 Perhaps one of the easiest selections for the Top 5 performances is Lisbon prep Cael Happel, who makes the list for many reasons beyond the fact he accomplished winning his fourth state title this past Saturday night, its how he won it. There is no denying the dominance that Happel displayed in his four years in a Lisbon singlet, and he will arguably go down as one of our state’s all-time bests.

In his 16 career matches inside the Wells Fargo Arena, Happel won all by bonus: four pins, ten technical falls, one major decision, and an injury default. According to one of our favorite reporters in the state of Iowa, KJ Pilcher of the Cedar Rapids Gazette, coming into the finals Happel outscored his competition 271-86 in his career at the state tournament and all but four of the points he “surrendered” were escapes. He was never taken down and gave up two reversals.

That level of performance was highlighted in 2020 where Happel won by technical fall, technical fall, fall, and his final match was a pin against the state’s #2 ranked wrestler. He finishes second among Iowa’s all-time wins leader (Nathan Haynes) and leaves behind a legacy that is potentially unrivaled.

Entering the final tonight, Cael Happel has scored 23.5 bonus points in 15 State matches. Against the state's best 1A wrestlers, he has bonus pointed every foe the last 3 years (4 pins, 9 tech falls, a major and an immediate injury default). He has outscored state foes, 271-86.