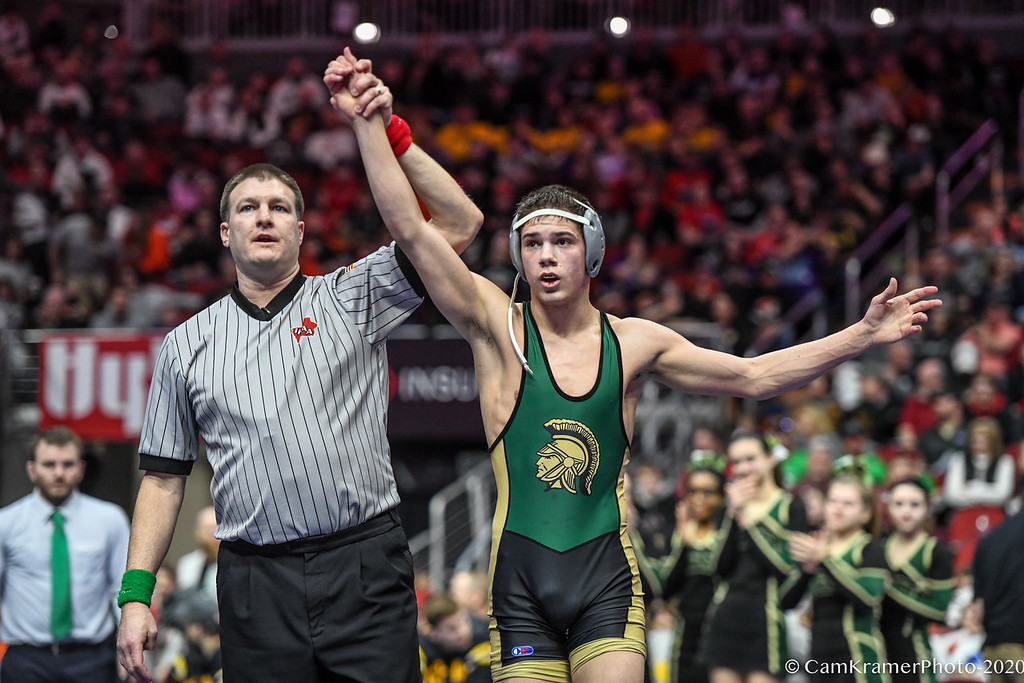 The 2020 season is officially behind us and the state championships did not disappoint. There was plenty of history made with Cael Happel of LIsbon entering the record book as our state’s 28th four-time state champion. Several others garnered a fourth finals appearance.

The Class of 2020 had 10 wrestlers who had won at least one state title at a previous state tournament, and of that group four managed to repeat. The biggest not to repeat was West Sixou’s Adam Allard, who was denied his fourth state title by another returning state champion (in the Class of 2021). One wrestler, Fort Dodge’s Carson Taylor, was denied by Cullan Schriever of Mason City, who won his third state title.

Gabe Christenson (Southeast Polk) and Cody Fisher (Woodward-Granger) were the other two wrestlers that manged to repeat as title winners. There was one state champion in this class, Wade Mitchell of Woodbury Central, who had his year ended prematurely due to injury.

In the Class of 2021, there are now four wrestlers who have multiple state titles to their names. Centerville’s Matthew Lewis was able to keep his quest for four titles alive by beating Isaiah Weber (Independence) in the finals for the second straight year. Both Drake Ayala (Fort Dodge) and Caleb Rathjen (Ankeny) were dominant in their repeat performances, but perhaps the biggest win was by Cascade’s Aiden Noonan. It was Noonan who knocked off the aforementioned Allard and now he will have the opportunity to win three titles next winter.

Four new faces joined the Class of 2021’s state champion list. Two of the champions were finalists in 2019, Adam Ahrendsen (Union) and Griffin Liddle (Bettendorf). One of the new faces was Bailey Roybal (Waverly-Shell Rock) who jumped levels to become arguably one of the best 113-pound wrestlers in the state that was a weight that had no shortage of talent. Finally, there was Iowa City West’s Graham Gambrall, who knocked off several higher ranked wrestlers en route to his title.

In the Class of 2022, there were five wrestlers that entered the state tournament with their bid of winning four state titles alive. One wrestler was unseated from his top spot, Ankeny’s Trever Anderson. The other four managed to repeat and reach the midpoint of their journey. Most notably was Solon’s Hayden Taylor, who had to defeat Union’s Jack Thomsen in the semifinals. Thomsen was a returning state champion in the class of 2020.

Five other wrestlers in the Class of 2022 won their first state title this past weekend. Two were returning state finalists: Nick Hamilton of Underwood and Hunter Garvin of Iowa City West, while Camron Phetxoumphone of Webster City, Chet Buss (North Butler-Clarksville) and Mickey Griffith  (Des Moines – Lincoln) were the other three.

Last, but certainly not least, is the Class of 2023. This group produced four state champions, which means their journey to four is a quarter of the way complete. Gable Porter (Underwood), Brandon Paez (Lisbon), Ryder Block (Waverly-Shell Rock), and Ben Kueter (IC High) all won titles. Kueter had to defeat fellow freshman Tate Naaktgeboren of Linn-Mar.