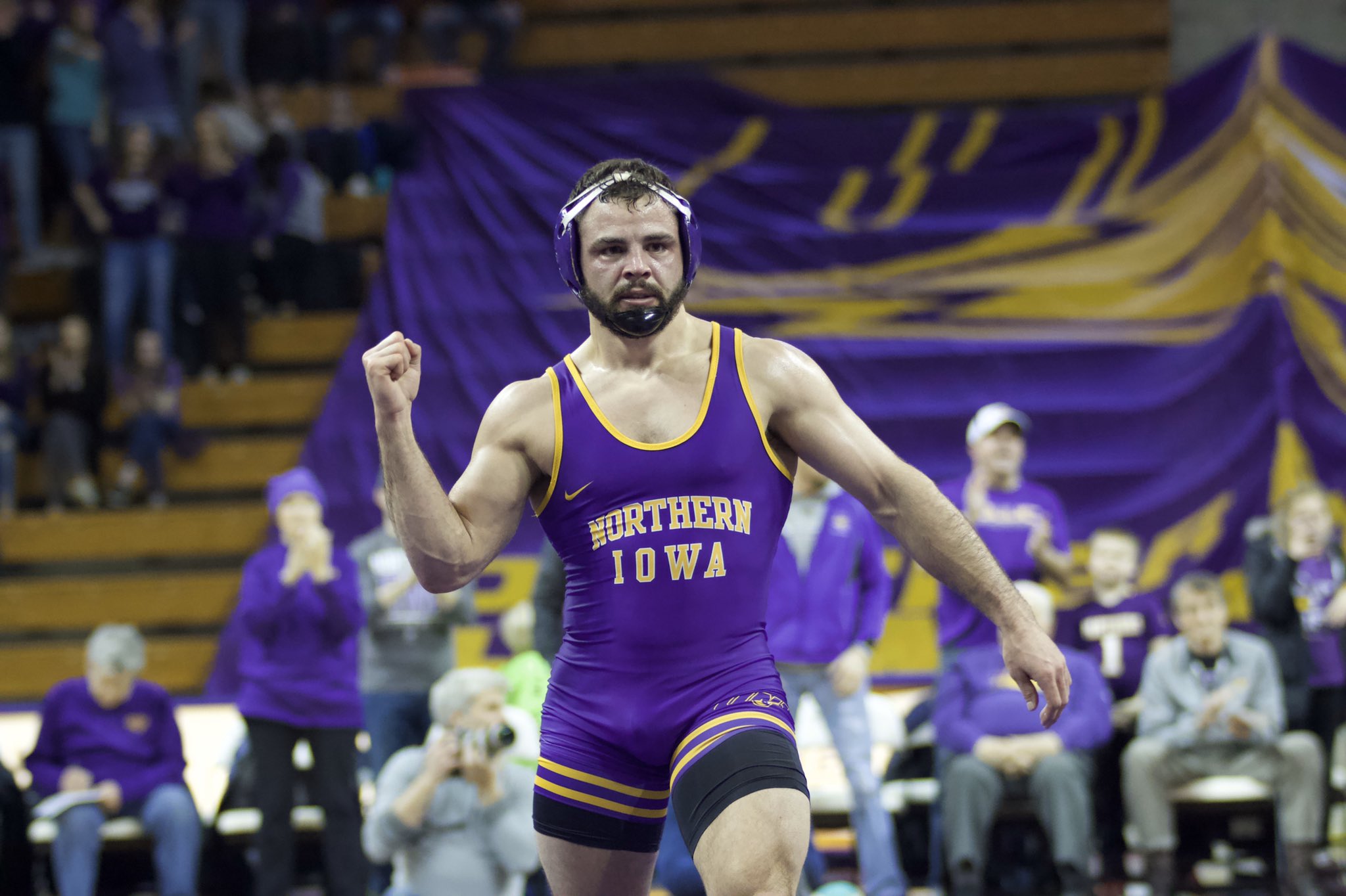 After an oddly-timed weekend off UNI returns to the warm comforts of the West Gym this Friday night as they take on the West Virginia Mountaineers. It’s the last home dual of the season, which means its senior night for five Panthers – Taylor Lujan, Paden Moore, Isaiah Patton, Jay Schwarm, Bryce Steiert, and Max Thomsen.

The six seniors could all see action in the dual, as Paden Moore and Isaiah Patton have been in and out of the lineup this season – Moore more often than Patton, who wrestled in the Oklahoma dual at 197 pounds. Whether or not Patton goes depends on if Noah Glaser or Jacob Holschlag are healthy enough to wrestle.

That weight, 197 pounds, is the only one where West Virginia brings in a ranked wrestler – #2 Noah Adams. And although it is a long shot at this point but we could see formerly-ranked #4 wrestler Jacob Holschlag take him on.

Every other match is pretty much UNI’s to lose. West Virginia’s best shot at an upset or two come at 141 and 165 pounds, where Caleb Rea and Nick Kiussis are close in WrestleStat’s expanded rankings to Michael Blockhus and Austin Yant.

Otherwise, the most interesting part of the night will be if we can fit all the seniors and their families in the photo before the dual, but that’s more of a me problem.

We’ll have full coverage of the dual from the West Gym on Friday night and from Ames on Sunday as the Panthers travel to Iowa State for their annual dual with the Cyclones. We’ll also have a full preview on that in a day or two.