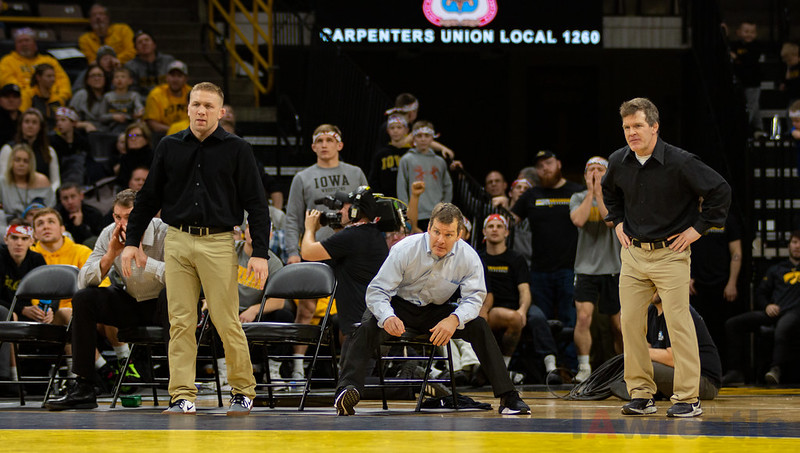 “We have great confidence in Tom, Terry and Ryan,” said Barta. “They are committed to building on the current momentum and operating within our ‘Win. Graduate. Do it Right.’ philosophy.”

Tom Brands is in his 14th season as Iowa’s head coach. He has won three NCAA team titles, four Big Ten Championships, and owns a dual record of 229-23-1 (.908). Iowa has crowned 12 NCAA individual champions and earned 72 All-America honors since 2007.

Morningstar has served as an assistant coach since 2012.

The Hawkeyes are 11-0 this season, sitting atop the Big Ten Conference and ranked No. 1 in the country. Iowa’s 2020 lineup includes 10 wrestlers ranked in the top 10, seven ranked in the top five, and two at the top of their respective weight classes, including Spencer Lee at 125 and Michael Kemerer at 174.

Iowa has led the nation in attendance in each of Tom Brands’ 13 seasons, and the University of Iowa announced Feb. 5 the Carver Circle fundraising campaign to build a new wrestling training facility south of Carver-Hawkeye Arena.