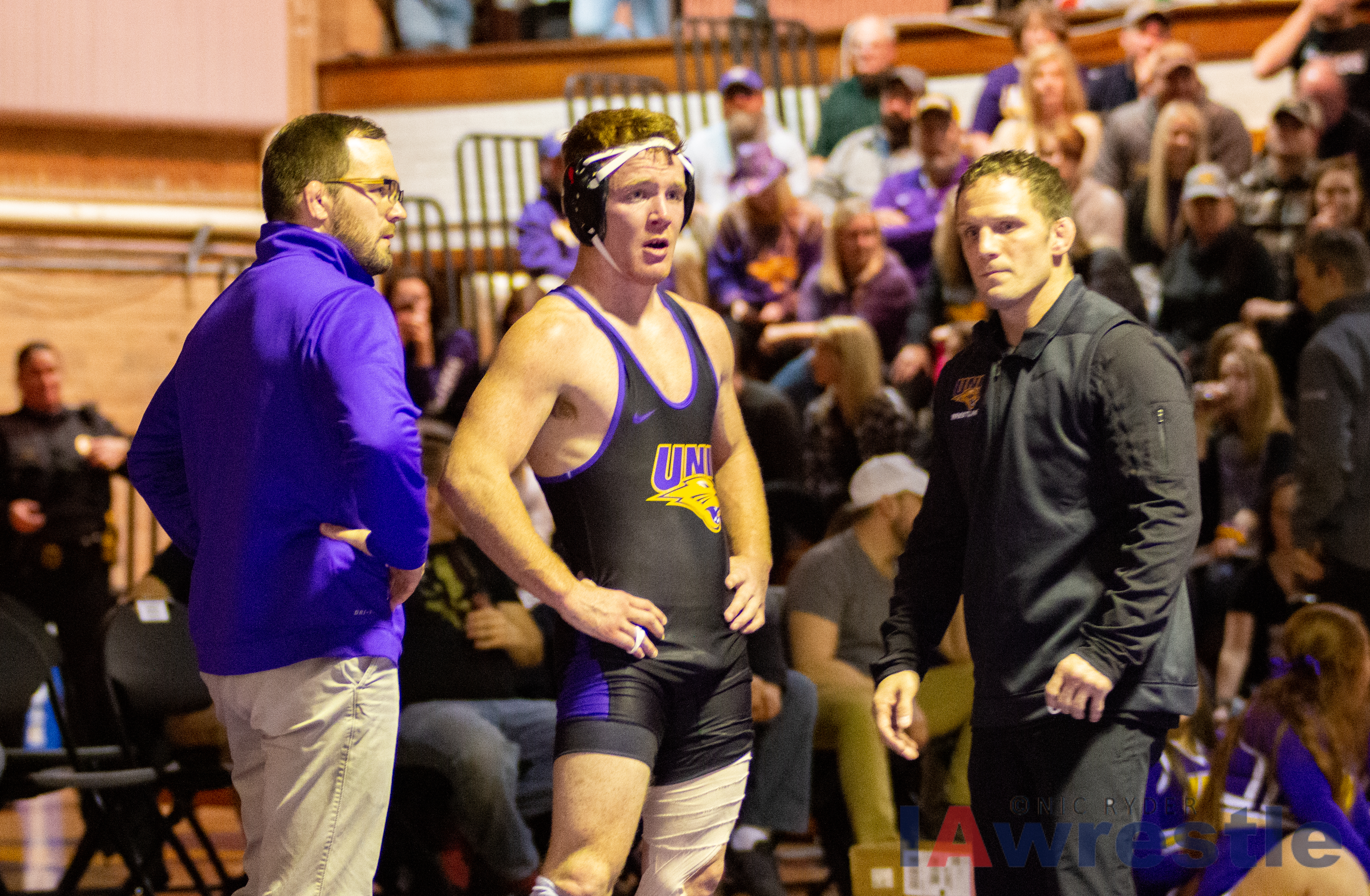 The UNI Panthers opened up its Big 12 duals with a 32-12 win over the Utah Valley Wolverines Saturday evening in the West Gym. UNI won seven of the ten matches,

Jay Schwarm got things started off in normal fashion, getting a reversal early in the first period and locking up a cradle for a fall in just 1:46. Easy peasy for the senior, who sits in fifth place in UNI history with 42 career pins.

Michael Blockhus and Paden Moore bounced back from a disapointing Midlands finish, as Blcokhus won 6-4 over Cameron Hunsaker and Moore won by major decision 12-2 over Jerry Rubio.

Max Thomsen received a forfeit at 149 pounds. UVU’s Brigg Hoopes was injured in their dual with Fresno State Thursday night and the Wolverines did not have another 149 pounder on their trip.

Austin Yant had one of the gutsiest performances of the night with a 2-0 win over Koy Wilkinson. Yant rode Wilkinson out, returning him to the mat six or seven times in the second to build up riding time. A quick escape in the third and he was able to hold on for the win. It was Yant’s first win in the West Gym and his first win in a dual meet for the Panthers.

Bryce Steiert and Taylor Lujan each picked up where they left off, both winning by tech fall, and in Lujan’s case, scoring 9 takedowns in the third period alone. Steiert used a series of tilts to rack up nearfall points to come away with the win.

The Wolverines finished things off with a pair of wins with the brothers Orndorff. At 197 pounds Tanner won by fall over UNI’s backup 184 pounder Noah Glaser, and at heavyweight Tate won 8-2 over Carter Isley. Tate is ranked eighth in the country by Intermat and put together a takedown and a couple more in the third to close out the match.

UNI will have a little bit longer turnaround for a dual against South Dakota State than they did for tonights dual. The Jackrabbits come to town Friday night in a dual at 7PM.