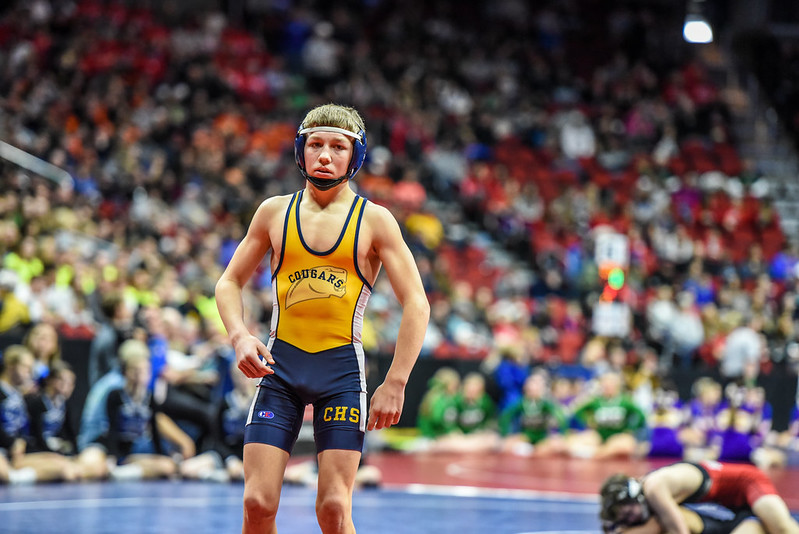 The 2019-20 season returns 18 state champions for a previous year (17 won titles in 2019), and all told this group has produced 24 state titles combined when factoring in the last three state championships. Obviously carrying the lion’s share of that 24 total is the Adam Allard (West Sioux) and Cael Happel (Lisbon). The senior duo are looking to write their name into the history books by winning their fourth title this February.

Other multi-time state champions include Cullan Schriever (Mason City) and Matthew Lewis (Centerville). Due to an unfortunate injury, Schriever’s four-time hopes were derailed last winter after he suffered a broken ankle in January followed by a shoulder injury at the state tournament.

Lewis, on the other hand, is hoping to Iowa’s elite list of four-time state champions, but first he will need to join the likes of Allard and Happel by winning title number three this season.

Nine other upperclassmen return who won state titles in 2019. Senior Cody Fisher (Woodward-Granger) has an opportunity to be a four-time state finalist should he compete on Saturday night in Wells Fargo.

That leaves us with the five returning wrestlers who won titles as freshmen. Obviously by winning a title last season these wrestlers are very much alive to end their careers as four-time state champions. That means everyone is keeping a close eye on Trever Anderson (Ankeny), Carter Fousek (Crestwood), Hayden Taylor (Solon), Marcel Lopez (New London), and Robert Avila (Lisbon) as they all try and repeat as sophomores.