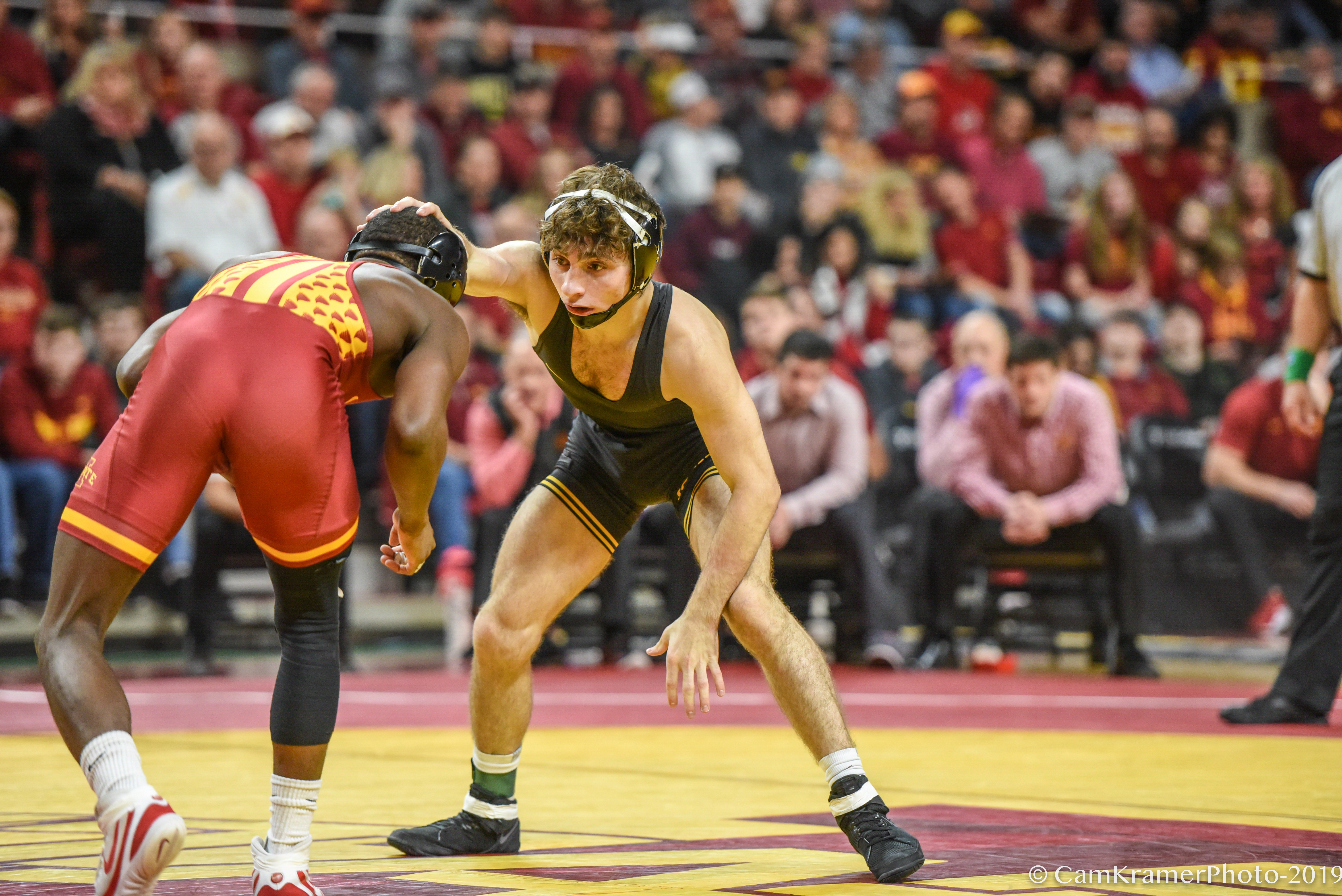 Press Release from the University of Iowa

In a matchup of one versus two, DeSanto defeated Wisconsin’s Seth Gross, 6-2, in Iowa’s Big Ten opener on Dec. 1.

DeSanto scored one takedown in the first period and two more in the second to hand Gross his first loss at 133 pounds since the 2017 NCAA finals.

DeSanto, previously ranked No. 2 in the country, climbed to No. 1 in the latest polls.

The Big Ten Conference honor is the first for Iowa this season and the second of DeSanto’s career. He was named co-Wrestler of the week on January 22, 2019.

The top-ranked Hawkeyes return to the mat Sunday at No. 12 Princeton. The dual begins at 1 p.m. (CT) at Jadwyn Gymnasium in Princeton, New Jersey.