Wartburg to Honor Kenny Anderson During Dual Against Simpson 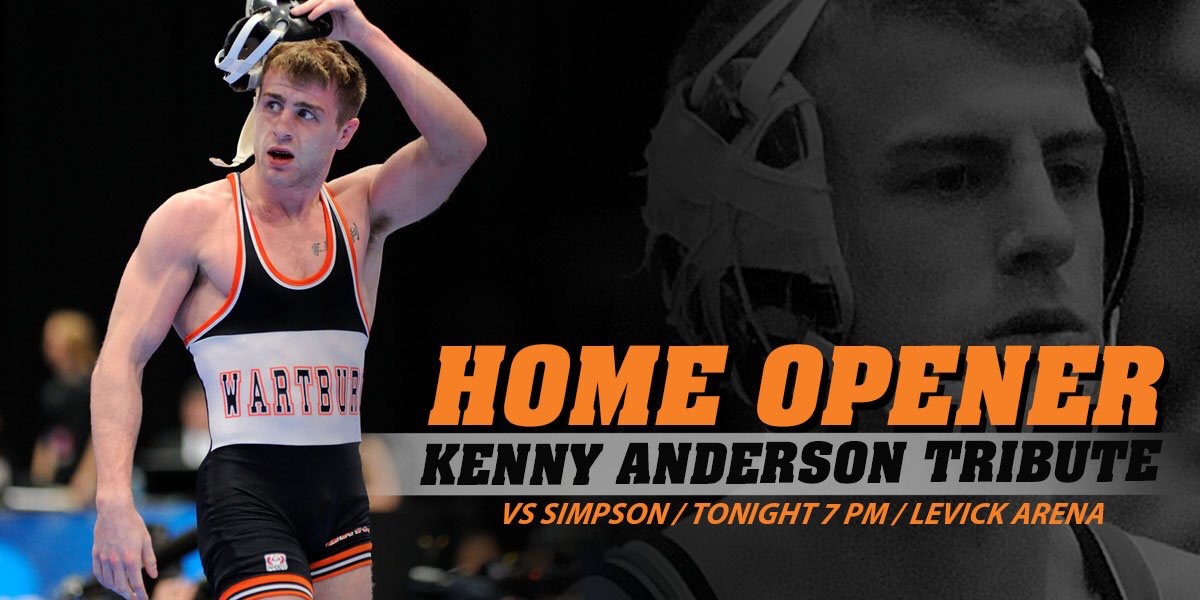 Wartburg College will be honoring one of their former wrestling standouts during tonight’s American Rivers Conference dual against Simpson College. The former three-time NCAA champion for the Knights passed away last month.

WAVERLY – The No. 3-ranked Wartburg wrestling team is set for its home-opening meet this Wednesday, Nov. 20, hosting an American Rivers Conference dual versus Simpson College at 7 p.m. inside Levick Arena.

During the meet intermission, Wartburg will honor former great Kenny Anderson ’14, who tragically passed away this October at the age of 29.

A three-time NCAA Champion, Anderson held a 76-3 career record as a lightweight and led the Knights to national championships in 2012, 2013, and 2014. A native of Billerica, Mass., Anderson is a member of the State Wrestling Hall of Fame in Massachusetts, where he was inducted in 2011.

LAST TIME OUT
The Knights competed at the Luther Open in Decorah on Saturday, with four individuals receiving bracket titles in their respective weight classes.

THE SERIES
Saturday’s match will mark the 53rd meeting between Wartburg and Simpson, with the Knights holding a 47-5 series advantage. Wartburg has won 30-straight over the Storm, including a 46-6 win last season in Indianola.