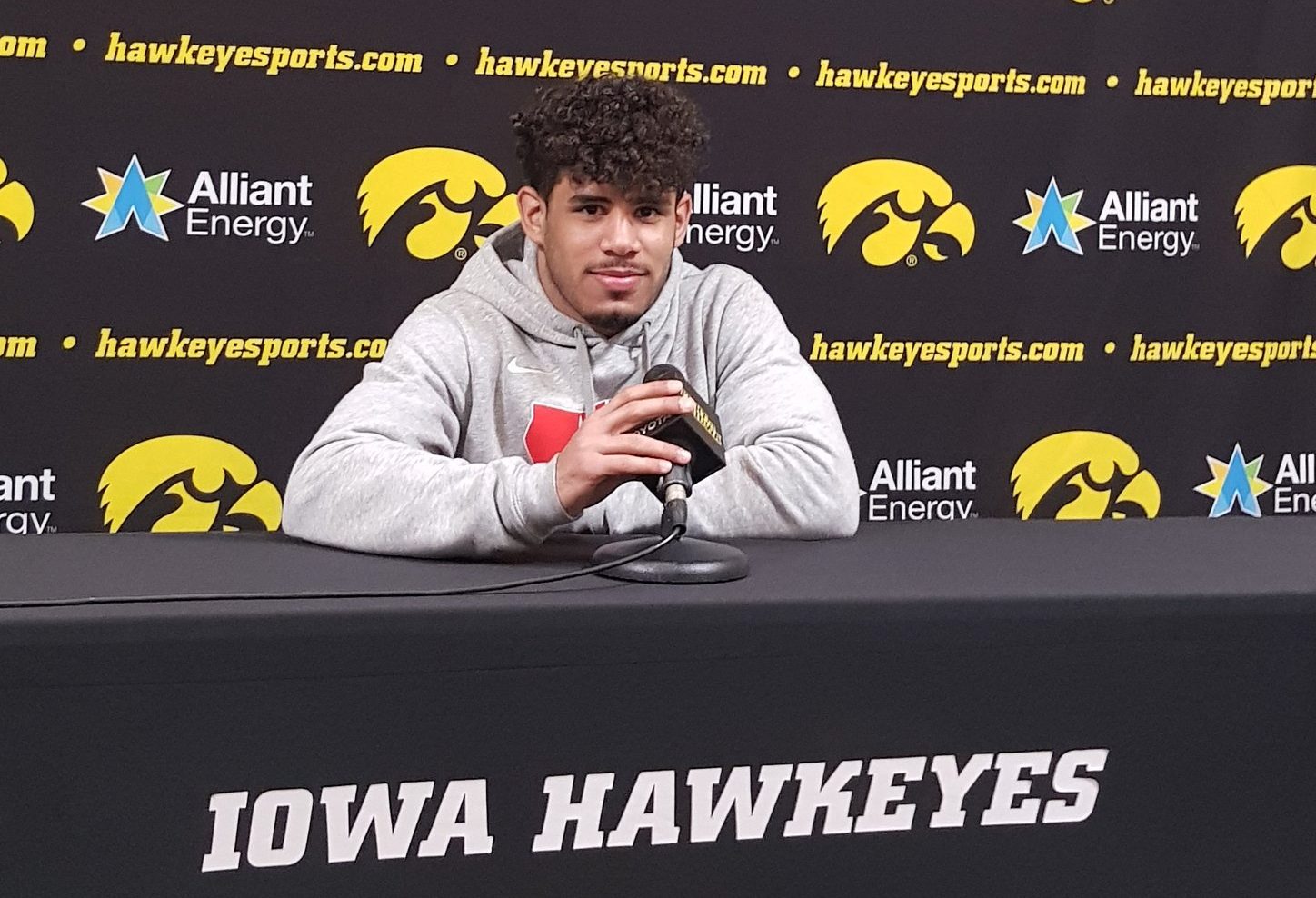 The University of Iowa had a little bit more than just instra-squad matches going on this week at the Dan Gable Wrestling Complex. In addition to the action that took place on the mat, the team was also hosting two recruits this weekend from the state of Arizona – current commit Jesse Ybarra and his teammate Anthony Echemendia.

It’s been an interesting road for Echemendia, who came to this country as a Cuban defector just a short while ago. A former age level standout in his home country, Echemendia was able to enter the U.S. while he was on an international training trip. He would later land at Sunnyside high school in Arizona.

At Sunnyside Echemendia won the state title during his senior and only season, but what really caught the nation’s attention was when he went to Fargo, North Dakota and won USA Wrestling’s national title in both freestyle and Greco-Roman. Unsurpriningly this caused Echemendia’s stock to explode and have multiple Division I coaches contact him to try and sign him to their team.

And in September it appeared that Iowa State had won the race for Echemendia’s signing (what we would later discover) a financial aid agreement with the Cyclones. With the National Signing Day not taking place until November Echemendia pulled back on his commitment, and started visiting other programs.

First it was Ohio State, which was when Echemendia announced he would be reopening his recruiting. He would later visit Arizona State.

That brings us to this weekend where he visited the Hawkeyes while the team was hosting their preseason intra-squad matchups. This was Echemendia’s second visit to Carver, though his first trip to Iowa City was to compete at Flowrestling’s Who’s Number One event (which he won his matchup with Josh Saunders).

Having also already visited Iowa State, Echemendia has one official visit remaining before making his college decision. Projecting at 141 or 149 pounds in college, Echemendia looks like he has the tools to be a a true blue chip recruit, which could be a huge addition to any school’s class of 2020.

Joining Echemendia was his fellow Sunnyside teammate Jesse Ybarra, who committed to the Hawkeyes as a junior in high school. Ybarra was not in attendance for Iowa’s big recruiting weekend last month, though several of those wrestlers also attended the preseason matches. Most of Iowa’s other 2020 verbals were in attendance – Patrick Kennedy, Cullan Schriever, Colby Schriever, and Gabe Christenson. Montana prep Lief Schroeder and Florida prep Bretli Renya were the two omissions.

Per Echemendia’s own tweet, he is looking to make his decision by November 20th.