UNI Storylines to Watch for at Cyclone Open 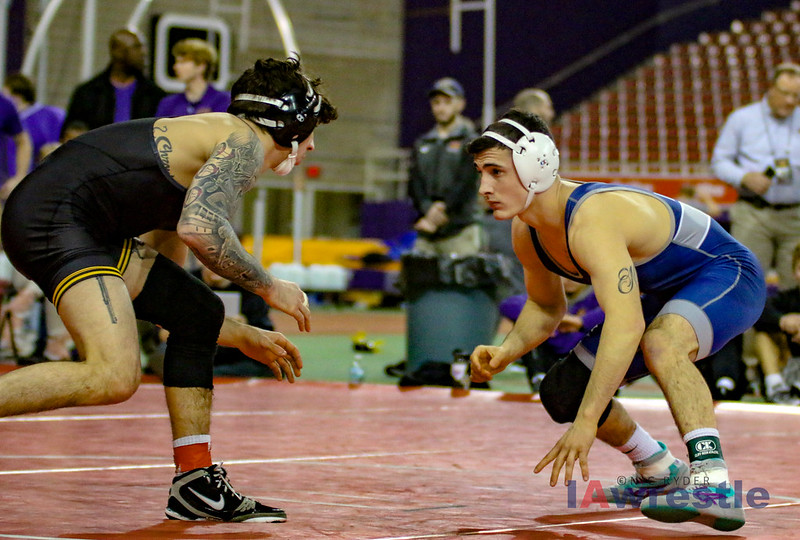 Doug Schwab’s Northern Iowa squad will open their 2019-20 season this weekend in Ames, Iowa at the Harold Nichols Cyclone Open. The team enters the year with a lot of optimism as the team has a total of three returning All-Americans in the lineup in addition to the new talent looking to cut their teeth in a varsity singlet.

With the Cyclone Open just around the corner we identified three key storylines to look for this weekend in Ames. The Panthers have a mostly established lineup, though at least two weight classes remain unsettled as the team and with several key recruits coming off redshirt we will see if they can make a push for the starting spot.

– How will the UNI youngsters fare?

For the past few years the 2018 Iowa high school class was championed as one of the better classes to come through the pipeline since potentially the 2005 class (the one that produced All-Americans Joey Slaton, Ryan Morningstar, and Jay Borschel – among other numerous big name talents that year). Schwab made it a priority to go out and get a lot of those 2018 wrestlers and now after a redshirt season we will see if a number of those guys are ready to take over.

The biggest names are the front three, “The Three B’s” (title still in progress) Kyle Biscoglia, Drew Bennett, and Michael Blockhus – who will all challenge for the starting spots at 125 through 141.

As the biggest name and performer as a true freshman most are focused on what Blockhus will be able to at 141 pounds. After making a strong run to the Midlands semifinals last winter many fans in Cedar Falls are excited about the potential Blockhus brings to the mat. Depending on how the weekend goes we will see if Blockhus gets an opportunity to square off against NCAA qualifier Ian Parker of Iowa State.

The other two freshmen – Biscoglia and Bennett – will need to overcome their own obstacles if they are going to overtake the current, projected starter. Like Blockhus, Biscoglia also finished top eight at last year’s Midlands, but he will have a tough time unseating Jay Schwarm, who is a 2019 NCAA qualifier and known for being tough on top. Bennett on the other hand has been limited due to injury, so we will see if he is fully up to speed.

There were plenty of rumblings in the offseason that senior starter Taylor Lujan was moving up in the lineup from 174 pounds to fill a spot that had previously been occupied by NCAA champion Drew Foster. This fact was later confirmed by assistant coach Randy Pugh, who joined the Potentially Dangerous podcast and discussed the Panther lineup mentioning Lujan’s plan to move up.

What came as a surprise was that All-American Bryce Steiert would be following Lujan with a change of his own, filling into Lujan’s old weight. It was a bump that many were not expecting (at least outside of Cedar Falls) and now creates a couple of interesting points to follow. More importantly is Lujan and Steiert are two main contributors in the Panther lineup, so their ability to move up with minimal to no drop off will be key moving forward from a team potential perspective.

This weekend with Iowa State’s team in the Open it could setup matches between Steiert and Marcus Coleman and Lujan and Sammy Colbray. The former is a match that should favor UNI, but this will still be Steiert’s first test against a quality opponent at a new weight. The Lujan-Colbray battle could be a marquee meeting as both wrestlers finished just outside the podium last season. A Lujan win would be a very significant in knowing where he stands among the best wrestlers at this entire weight.

– Who will emerge at the other contested weights?

UNI graduated two seniors from their 2019 squad – but the aforementioned Blockhus and Lujan will be filling in for Josh Alber and Foster. That really only leaves questions at 157 and now 165 since the Steiert news broke.

In all likelihood it will be Isaiah Patton who fills the hole at 165 pounds. The senior has been a dependable backup throughout most of his career, and in 2018 he was the team’s starter while Steiert took a mid-career redshirt.

The biggest question will be at 157 where things look a bit more uncertain. Senior Paden Moore has been the team’s starter at this weight for two of the last three seasons, but the emergence of Derek Holschlag and Keaton Geerts will mean retaining his starting spot far from a guarantee. Geerts missed all of 2019 with an injury and was awarded a medical redshirt, which reclassifies him as a redshirt freshman this season.

UNI brought in a solid freshman class in 2019 to follow up their group of Iowa heavy 2018 class. Among the two biggest names brought in were Southeast Polk standout Lance Runyon and Wisconsin prep Parker Keckeisen at 165 and 174 pounds respectively. These two wrestlers have the potential to be the direct replacements for Patton and Steiert a season from now.

It’s always thrilling for fans to see their stars of tomorrow tearing it up today, and that sort of output is entirely possible for these two athletes.

2 thoughts on “UNI Storylines to Watch for at Cyclone Open”