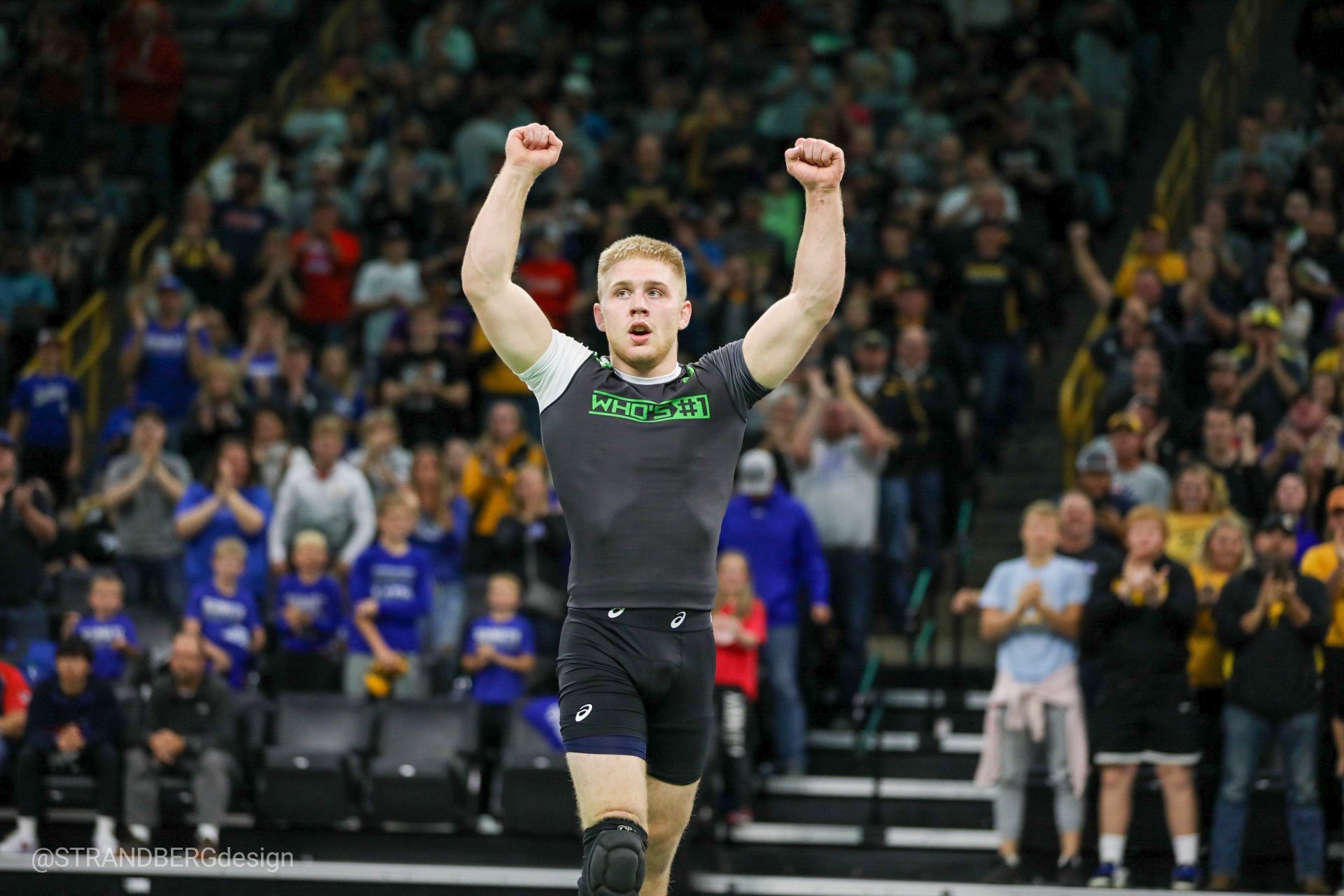 This weekend in Iowa City will see more than just the Purdue Boilermaker football team come to town, as the wrestling program is set to host as many as 12 recruits between the class of 2020 and 2021. Of the group of wrestlers scheduled to visit this weekend there are not too many surprises, though there are several names that have not been widely connected to Iowa.

Starting with the class of 2020 we see four Hawkeye verbals scheduled to attend. The only 2020 recruit not attending this weekend is Arizona native Jesse Ybarra, who was on campus earlier this month when he competed a Flowrestling’s Who’s Number One (WNO) event. Ybarra was victorious in his match against Jakson Burks.

Another Hawkeye making his return to Iowa City is Minnesota standout Patrick Kennedy. Like Ybarra, Kennedy was also a competitor at WNO where he dethroned Michigan star wrestler Alex Facundo in a thrilling match. Facundo is the top rated wrestler in the class of 2021.

Two other names that have not previously been connected to Iowa are Florida prep Bretli Reyna of South Dade Florida, who is ranked #96 in the class of 2020. Like Iowa’s current South Dade product Pat Lugo, Reyna projects at 149.

Three-time state champion Bozeman, Montana’s Leif Schroeder is another new addition to wrestlers in the 2020 class Iowa is connected to. He won his 2019 title at 132 pounds.

Listen to our Potentially Dangerous interview with Caleb Rathjen where he talks about his upcoming visit to Iowa.

In the class of 2021 the top five names come as no surprise. Iowa preps Drake Ayala and Caleb Rathjen caught the eye of the staff a long time ago and now that both have established themselves as top 20 prospects in the class of 2021 they are catching the eyes of other top programs as well.

Ayala has already taken visits to Michigan and Iowa State, and plans on visiting North Carolina next weekend. Rathjen was also on the Iowa State visit with Ayala, and was at Purdue last weekend.

Another notable name is Minnesota’s Ryan Sokol, who is a former verbal for Iowa who re-opened his recruiting in the summer. Earlier this summer he visited Ohio State.

The other non-surprising name is the #5 ranked Paddy Gallagher of Ohio who listed Iowa in his top five earlier this month.

A familiar top name in the class of 2021 is Missouri’s Wyatt Henson, son of Olympic silver medalist Sammie Henson. Wyatt was on the same Iowa State visit as Ayala and Rathjen last month.

The newest addition to potential 2021 targets is Colorado’s Cam Lucero, who is a two-time state finalist, and was his state’s 2019 state champion at 145 pounds.