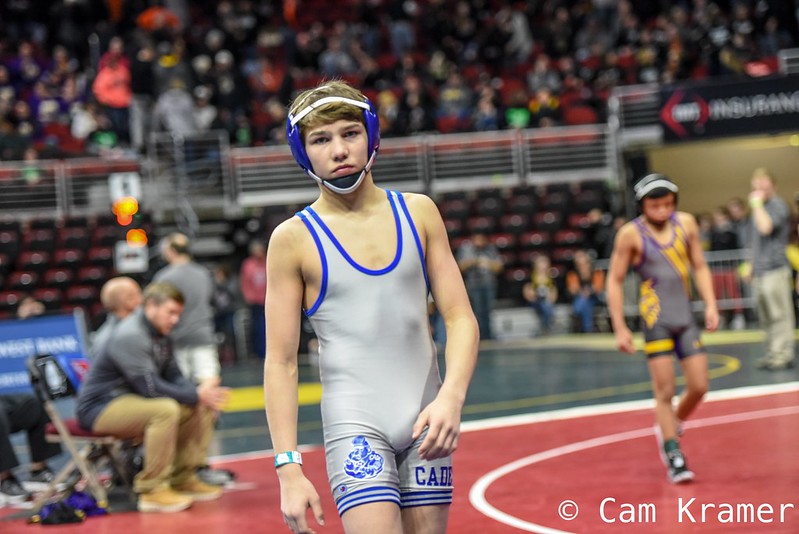 All eyes will be on North Carolina this weekend as the prestigious Super 32 tournament takes place this Saturday and Sunday in Greensboro, North Carolina. Largely considered one of the toughest tournaments in the country, the Super 32 draws some of the nation’s top talent on an annual basis and is without a doubt the biggest preseason tournament as far as national accolades are concerned. All told in the tournament’s history only one Iowan has walked away with one of the famous Super 32 high school belts, which are awarded to each individual champion. In 2017 Mason City’s Cullan Schriever became the first high school wrestler to win a belt, though several wrestlers before and after have come close to winning their own.  Wrestling starts at 7:00 AM CT on both Saturday and will take place throughout most of the day with action wrapping up on Sunday – which also starts at 7:00 AM.

One of those wrestlers who just nearly missed out on winning a belt was 2018 runner-up Drake Ayala of Fort Dodge, who will look to return to the field this year at 120 pounds. At this point there is little doubt on just how good Ayala is as a national prospect. He’s won a Fargo freestyle national title in both the Cadet and Junior division, and took second a year ago in Greensboro. A title at this year’s Super 32 would go a long way in furthering the Fort Dodge wrestler’s legacy as one of the best Iowa preps in history.

But Ayala won’t be the only high octane lightweight to keep an eye on this weekend in North Carolina. A couple of other big names to watch will be competing in the 106 and 113-pound brackets. At 106 we will see BOB (Brandon O’Brien) of Linn-Mar look to continue his strong 2019 offseason. This past summer BOB was runner-up in freestyle and the national champion in Greco-Roman. He holds a top 15 ranking by both major ranking services.

Former elementary school champion Ryder Block will also be in the field at 106 pounds. Block who is enrolled at Waverly-Shell Rock is one of four Go-Hawk wrestlers registered for the tournament. When Block won his  title back in 2016 he was actually named the elementary division’s most outstanding wrestler.

At 113 we will see 2018 Cadet freestyle runner-up Carter Fousek in the field. Fousek is also rated top 15 by both Flowrestling and The Open Mat actually lists him in the top ten at #8. Another name to watch at this weight will be Southeast Polk freshman Nate Jesuroga, who was rated as one of the top incoming high school wrestlers in the entire country.

At 138 we will see a couple of other interesting names. For starters there is Union prep Jack Thomsen, who is currently the state’s top uncommitted senior. Jack’s older brother Max was runner-up at this tournament back in 2014. Another name to watch is breakout freshman Hayden Taylor.

Another Union prep Adam Ahrendsen will be competing at 160 and should be worth watching. The junior is considered one of the top prospects in the class of 2021.