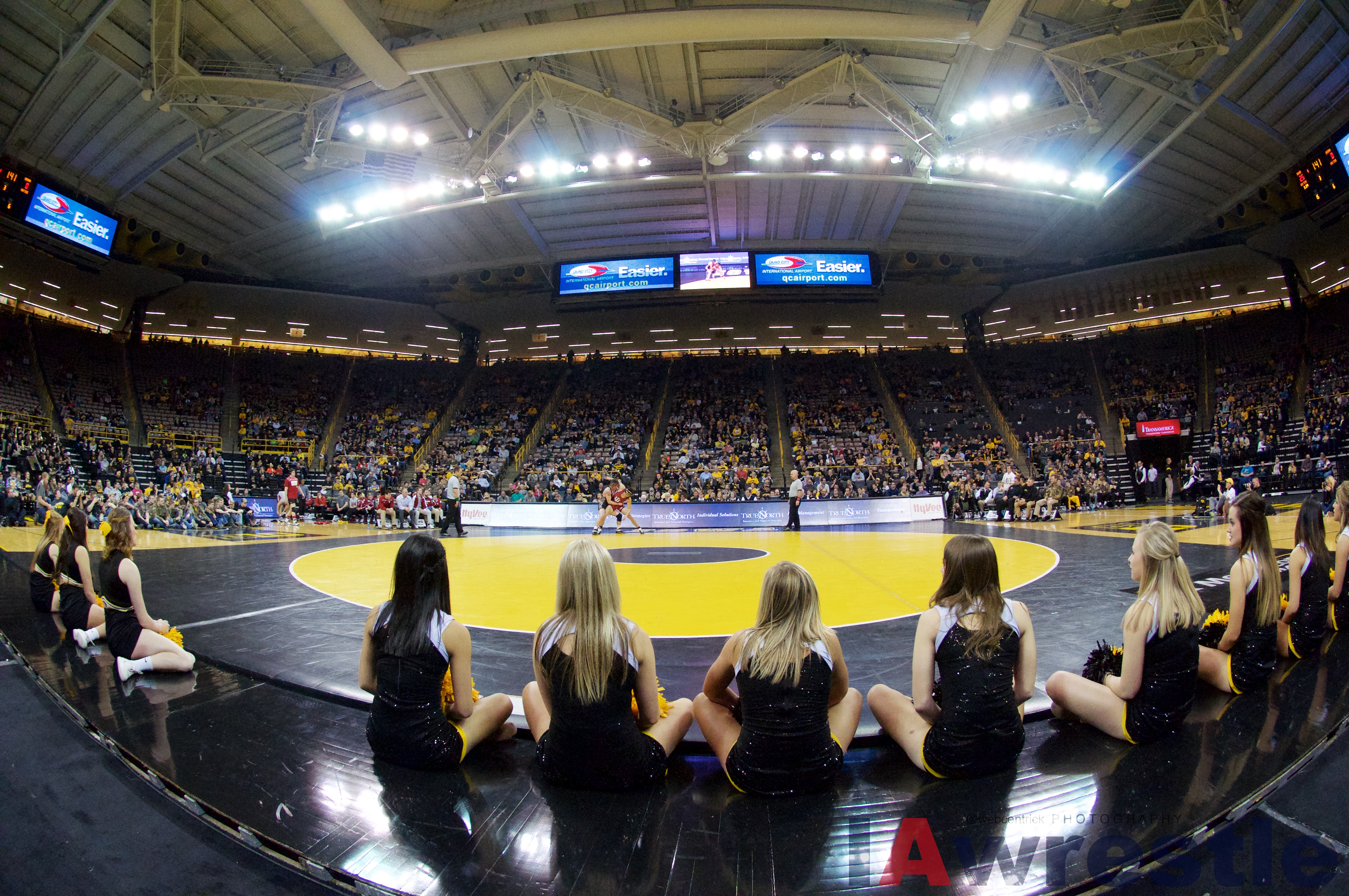 Technology is a beautiful thing. It’s September 7, 2019 and the University of Iowa has yet to officially announce their competition schedule. However, thanks to the power of the internet and perhaps more importantly the go to hub for all wrestling statistics, Wrestle Stat has pieced together the Hawkeyes schedule based on the schedules released by rival programs over the past month.

What we did know coming is was that Iowa’s home schedule is going to be rock solid. Earlier this summer the team’s social media accounts teased that they will be hosting Big Ten powers Penn State, Ohio State, Minnesota, Nebraska, and the resurgent Wisconsin. This season was also Oklahoma State’s schedule turn to return to Carver for the annual non-conference rivalry. Iowa teased their home schedule back in May, and for many fans its been a long few months to lie in wait for the entire schedule to be announced.

Now with other programs releasing their details, we get a little bit better picture of what to expect this season.

Iowa will have two duals in the month of November with Chattanooga heading to the Hawkeye state for what looks to be Iowa’s first dual based on what can be pieced together from other sources. As a reminder Terry Brands served as head coach of the Mocs for three seasons back between 2002 and 2005. Iowa will also compete in its other annual non-conference rivalry with the Iowa State Cyclones, with this year’s contest taking place in Ames.

The December slate lists Wisconsin, which as we already mentioned was a confirmed home dual coming in and it looks as though Iowa will return the favor to Princeton and head to New Jersey to thrown down with the Tigers after they traveled to Iowa City last November.

The unconfirmed bits remaining are the Midlands, which Wrestle State lists Iowa as attending. That’s not far fetched considering the Hawkeyes are a program staple at the tournament and the last time they didn’t attend the Invitational was 2012.

It’a also unclear whether or not the starting lineup will attend an early season open. In prior years the Hawks traditionally attended the Luther Open though last year was a break from that trend. We will see if Brands returns to his old habits of heading to Decorah for his team’s first tune up.

All of this comes with the obvious caveat that none of the below dates have been officially announced by the University of Iowa so we will await formal confirmation.