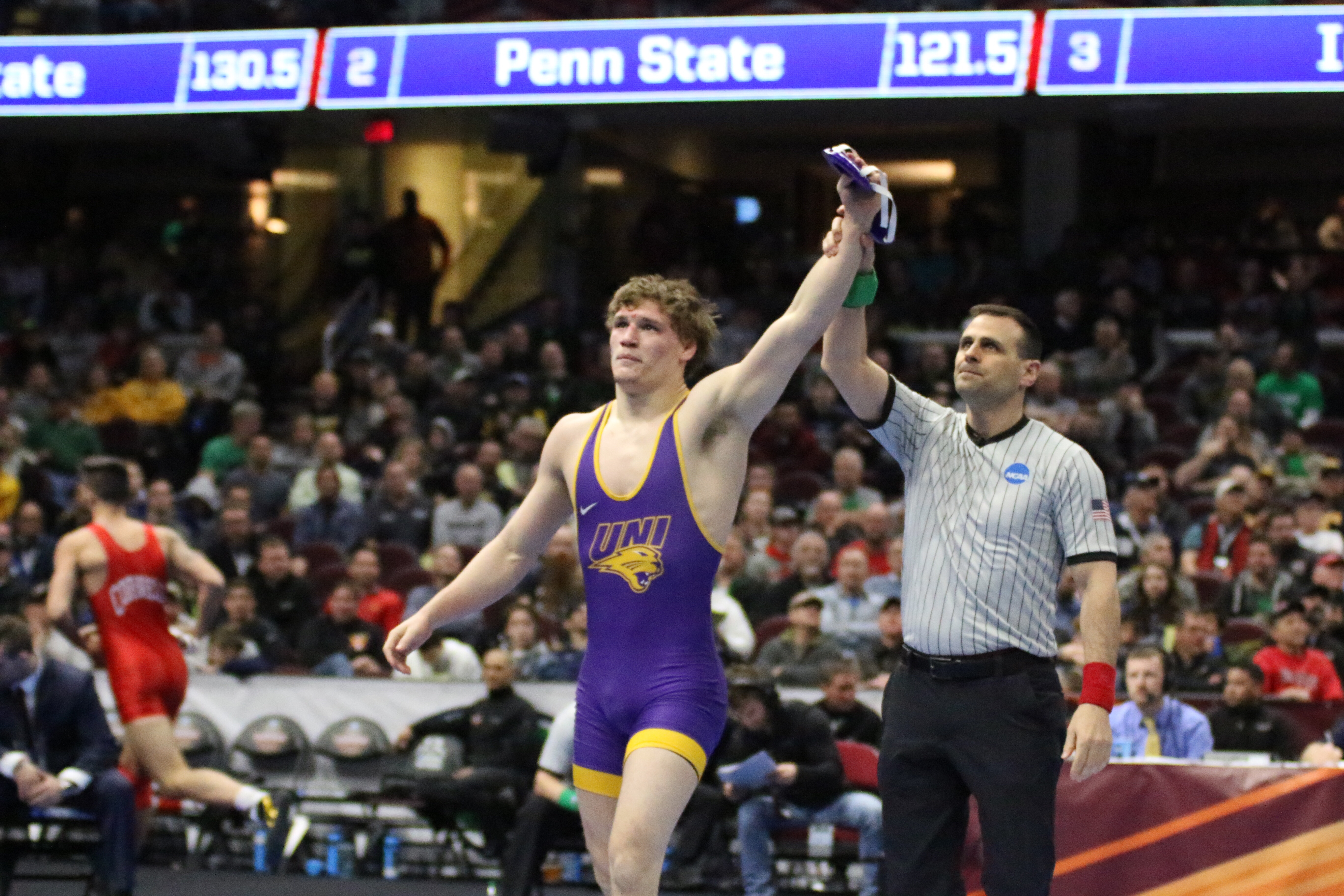 More good news from the NCAA for the Panther Train as IAwrestle has learned that 2018 All-American Jacob Holschlag has been awarded another year of eligibility. The 197-pound wrestler was a breakout star two years ago when he made his run to the podium at nationals, and now he will have at least two more opportunities to build off that breakthrough.

This news comes shortly after the NCAA awarded fellow Panther Keaton Geerts another year, making the Panthers two-for-two in their bids for hardship waivers. After missing all of the 2018-19 season, Holschlag figured to play a pivotal role in solidifying UNI’s upperweights which then included All-American Bryce Steiert and NCAA champion Drew Foster. Holschlag’s return will hopefully help lessen the departure of the graduated Foster, who is remaining in Cedar Falls with the Panther Wrestling Club athlete.

Last season saw true freshman Tyrell Gordon fill in admirably for a majority of the year, and Izaak Shedenhelm closed the season out at the weight for the postseason competitions.

Holschlag was 23-12 as a sophomore and will joins the aforementioned Steiert and bloodround finisher Taylor Lujan to give the Panthers the potential of three top ten wrestlers in the upperweights.