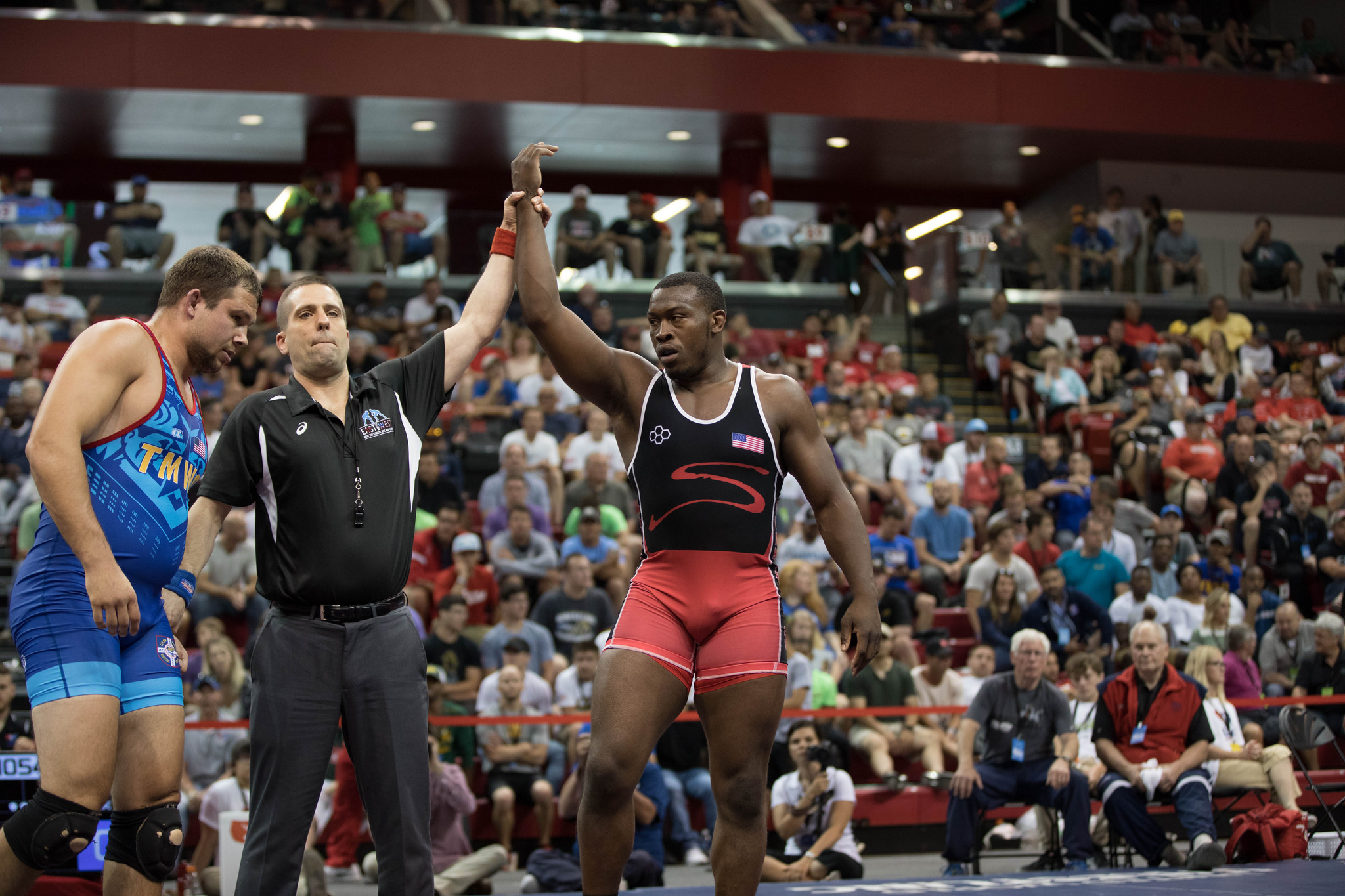 USA Wrestling’s World Team Trials concluded today in Raleigh, North Carolina and five wrestlers with a tie to the state of Iowa came out on top of the challenge tournament, punching their tickets to next months Final X. The Final X phase of the Team USA qualification process is the final stop for athletes seeking to make the Senior World Team and the event itself will take place over two weeknds in New Jersey and Nebraska.

On the men’s side all three wrestlers with an Iowa tie won their best-of-three finals in two consecutive matches to punch their ticket to Final X. At 57 kg two-time World team member Thomas Gilman swept former NCAA champion Darian Cruz by scores of 4-0 and 5-2 to move on at his weight. Gilman advances to Final X in Lincoln, Nebraska where he will take on Oklahoma State’s Daton Fix, in what will be a rematch of last year’s final. Gilman’s Final X date will be June 15th.

The other two men competing in North Carolina were former Iowa State All-Americans Pat Downey and Kyven Gadson, who came away with titles at 86 and 97 kg respectively. Downey defeated Nick Heflin for the second and third time in the last month to claim the 86 kg. Per the procedures Downey should advance to Final X in New Jersey to face 2018 World Champion David Taylor for a chance to make his first Senior World Team on June 8th. Though many speculate that match may be delayed due to the injury Taylor suffered at the Beat the Streets event earlier this month.

Last for the men was Gadson, who defeated former U23 World representative Ty Walz by the scores of 3-2 and 3-0 to advance to his second straight Final X appearance. Gadson will face World Champion Kyle Snyder for the third straight year for the right to represent the U.S. at 97 kg.

Two Women’s freestyle wrestlers also claimed titles at the World Team Trials, both representing the Hawkeye Wrestling Club. At 62 kg Kayla Miracle swep  Desiree Zavala 5-0 and 10-0 to advance to Final X Lincoln. Her opponent will be 2018 World bronze medalist Mallory Velte in her best-of-three finals. Earlier this month Miracle clinched a spot on the U.S.’s U23 team in Texas.

The final woman wrestler advancing to Final X is Lauren Louvie, who downed her HWC teammate Michaela Beck in match number three. The first match went to Beck by a score of 8-3, followed by back-to-back Louvie wins of 4-4 and 5-4. ,She will also advance to Final X Lincoln to face yet another HWC wrestler, Ali Ragan, who won the US Open in April.