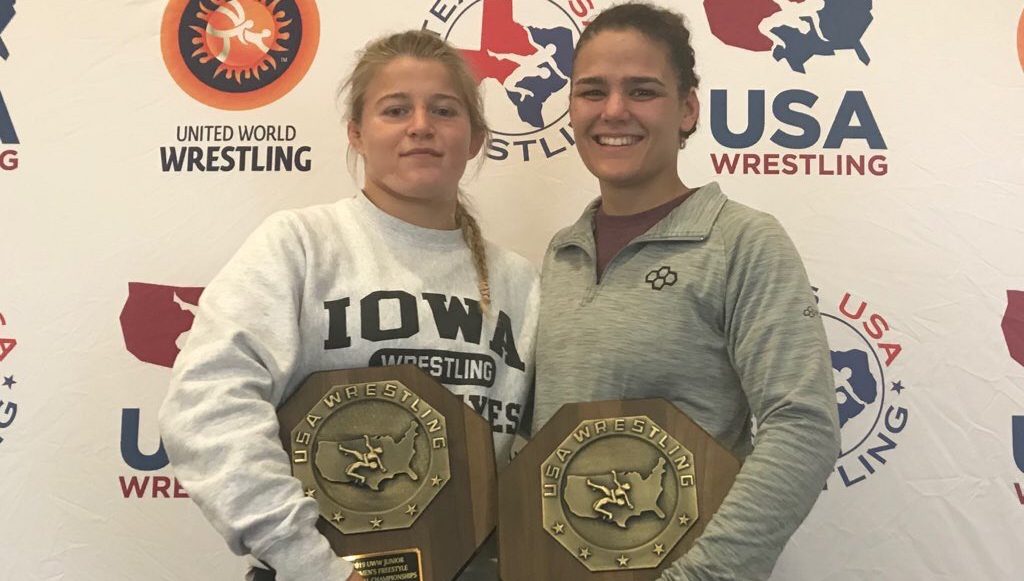 Three wrestlers with ties to the state of Iowa made a World Team this weekend as USA Wrestling concluded their age level trials process for Cadets, Juniors, and U23 levels in Irving, Texas. Iowa native Felicity Taylor claimed a spot on USA’s U23 team, as did the Hawkeye Wrestling Club’s Kayla Miracle. Additionally, the HWC also placed Michaela Beck on the Junior age team.

Joining Miracle on the U23 team is South Winneshiek product Felicity Taylor, who will be competing on her first World Team. Taylor won two straight matches to claim America’s 53 kg spot. The day prior to winning the U23 Trials, Taylor was fifth in the Junior division.

Both wrestlers will compete this fall at the 2019 U23 Worlds are set for October 28-November 3 in Budapest, Hungary. Taylor joins Rachel Watters and Megan Black as Iowa natives to make the U23 Team.

Rounding out the performances was Beck, who made the Junior World team at 59 kg, defeating Kaylee Moore in two straight matches. Beck was runner-up at the Junior Trials a year ago, and was also the US Open runner-up in 2018. She will compete at the Junior World Championships are set for August 12-18 in Tallinn, Estonia.