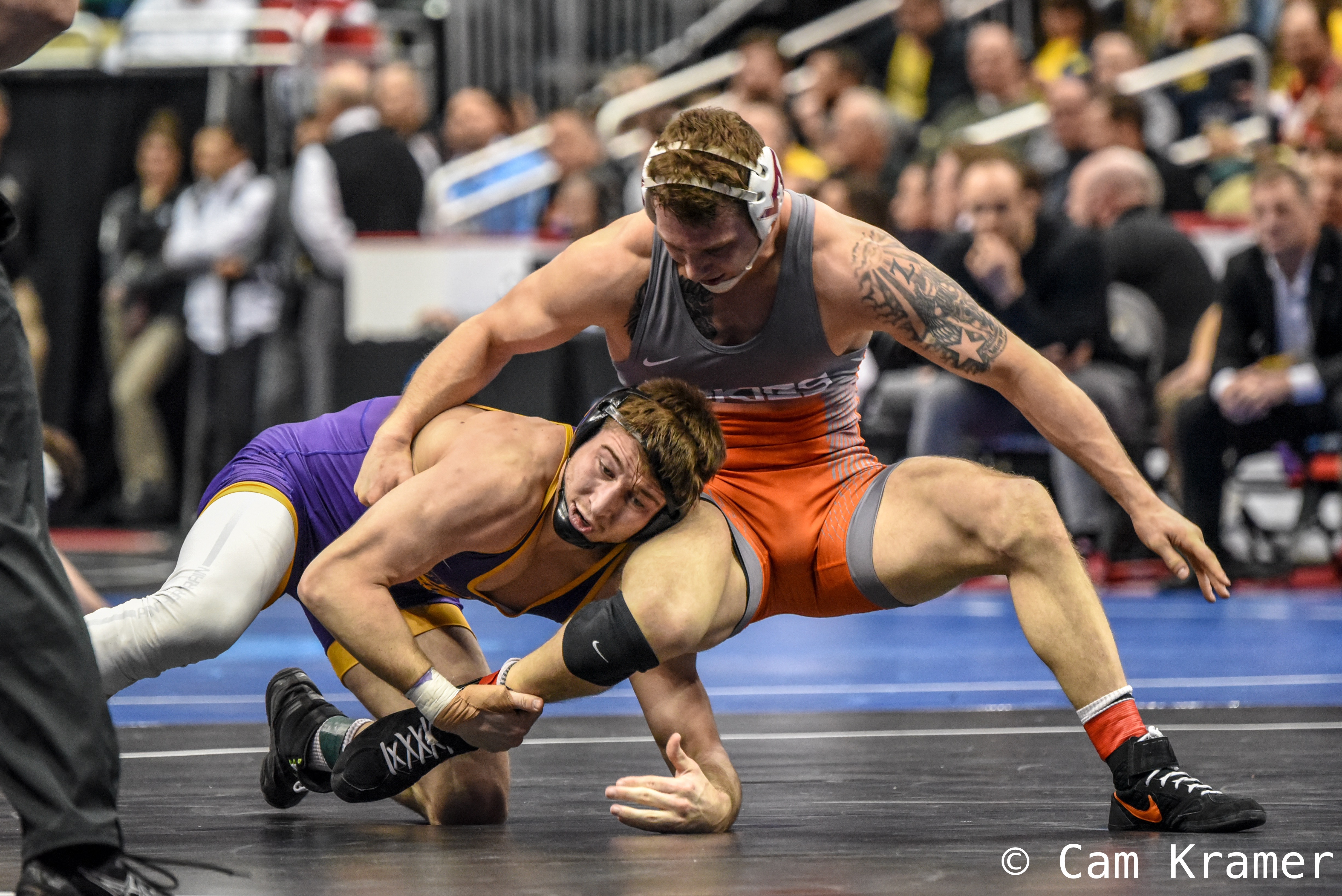 Drew Foster did not fade in his third match with Virginia Tech’s Zach Zavatsky in the NCAA Quarterfinals Friday morning.

The Panther used smart attacks and then put on a punishing ride in first and third periods to earn his second All-American status of his career.

“Yeah, I felt good. Definitely need more motion on my feet,” Foster said. “I’ve got a couple more matches, that’s what I want to be my focus, just moving and getting more crisp attacks.”

A slow second period that only saw a Foster escape brought Zavatsky to within 3-2 after a third period escape. But the Hokie never connected with any offense, and Foster was able to get another takedown and secure the 6-2 win.

Foster was an All-American in 2017, after not making it back to the podium last season, he’s pretty happy to be back.

“It was hard to go up in the stands and watch all the matches last year. I was happy to see some of my teammates wrestle, to see Holschlag All-American last year,” Foster said of not making the podium last season. “Just knowing that I’m very capable of being in there, being high on the podium, and to not accomplish that, it stinks.”

Schwab praised his 184 pounders mindset change from last year to this season.

“So much of it is frame of mind. If I look at last year a little bit I think he was a little, not trying to protect something, but ‘hey I’m an All-American now.’ you get this weight on you instead of trying to go out and attack something.

“When you try to hold something off…it just covers you, it engulfs you. And you can see it when they compete too, because then the panic happens. You’ve got to be kind of like an assassin.”

He’ll face North Carolina’s 15 seed Chip Ness, who took out the second seeded Shakur Rasheed in the second round, 8-5 and Iowa State’s Sam Colbray 6-4 in sudden victory in the quarterfinals. Foster owns a pair of wins over Ness, both from last season. He defeated him 5-0 at the Cliff Keen invite and 5-3 at the West Gym during the North Carolina-UNI dual.