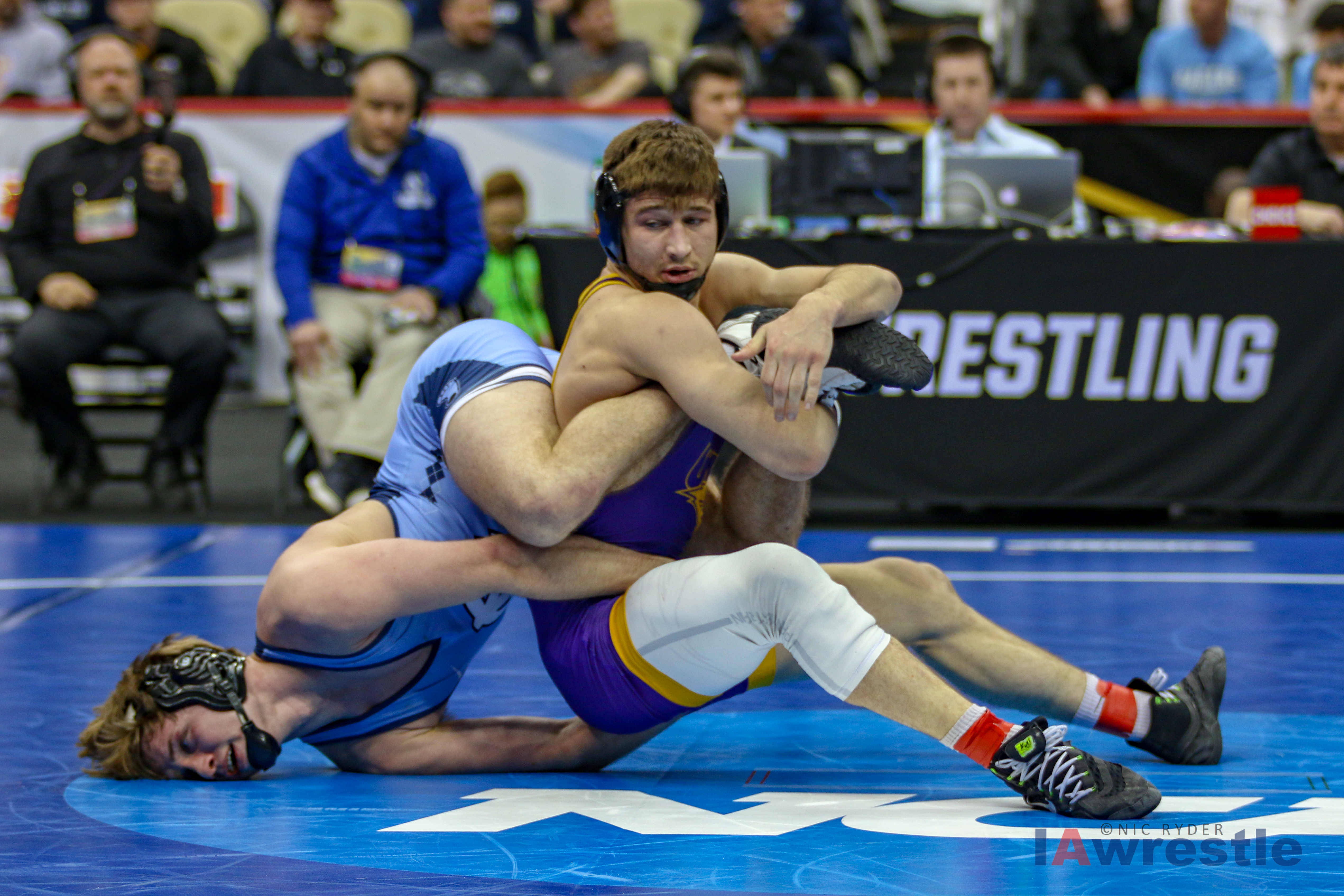 The University of Northern Iowa has it’s first national finalist since 2005. Drew Foster, now a two-time All-American, will wrestle in the finals tomorrow night at 184 pounds against Max Dean.

Foster defeated North Carolina’s Chip Ness, 7-4, in the national semifinal Friday night. Neither man was able to score in the first period, with Ness going down and escaping early in the second. Foster closed out the period well though, scoring a takedown and two point nearfall with 16 seconds left.

Ness wouldn’t go away in the third, he tilted Foster over for a two point nearfall to come within one, but a Foster escape and another takedown on the edge secured it for the Mediapolis native.

“He’s in the finals. Just being in the finals, he’s not going to be content with that. He’s going to go out and go try to win a national title, go out there for 420 seconds and work to be on top of that stand.”

Bryce Steiert won his bloodround match Friday night against Gordon Wolf of Lehigh, 10-2. He dropped his next match against Isaiah White 5-0 and will wrestle Alex Marinelli tomorrow for seventh place.