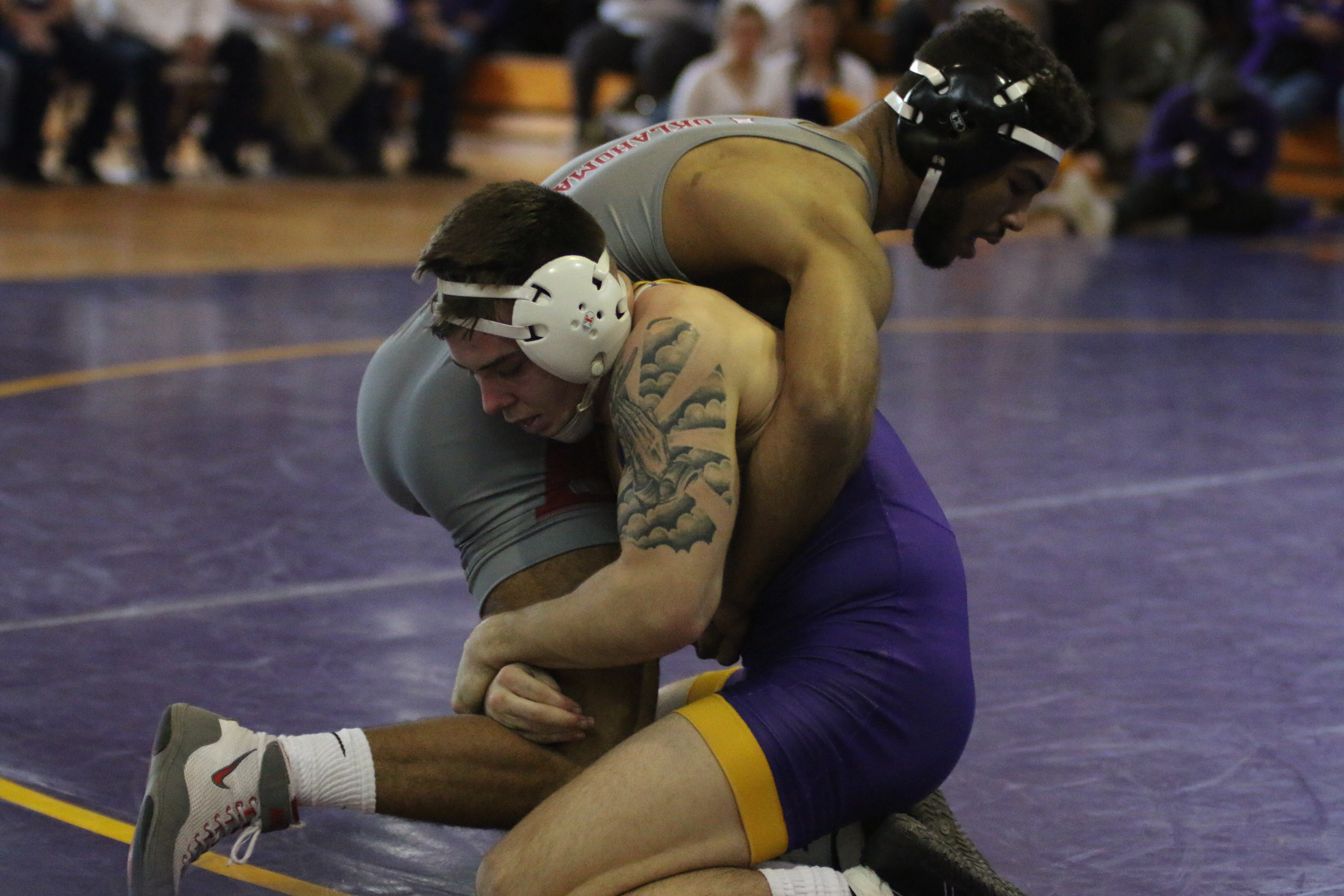 In what was the premiere match of the day #3 Josh Alber took on #15 Dom Demas at 141 pounds. Alber trailed 2-0 after a last-second Demas takedown at the end of the first period, but the two were tied at the end of the second.

Trailing after Demas escaped after having started the period on bottom, Alber scored a takedown on the edge and used every trick he knew to cover Demas and ride him out for the 5-4 victory.

Max Thomsen, Bryce Steiert, and Drew Foster all took home bonus point victories over their opponents. Steiert earned a 18-1 tech fall on several bow-and-arrow four point nearfalls, while Thomsen and Foster both earned major decisions. Foster put on a ride like he was getting paid a dollar for every second he kept Kayne MacCallum down, putting up well over three minutes of riding time on his way to a 12-4 win.

Thomsen came out strong and fast, putting six points on the board before you could say Panther Train. He used another takedown and reversal in the second and third to come away with the 13-4 win.

Carter Isley came out at heavyweight and scored a 7-1 win. The big man (seriously, he’s a lot bigger than last season, like 30ish pounds) took a 2-0 lead into the second after scoring a takedown in the first period. He and Jake Boyd took neutral in both the second and third periods, and Isley scored another takedown in each one on way to his victory.

At 133 pounds Jack Skudlarczyk was tied with Tony Madrigal in the second period, with each man having a scored a takedown and escape, but another Madrigal escape and takedown earned Oklahoma their first win of the day.

Paden Moore took the mat for the second time in three days and had an early 2-1 lead but couldn’t find any other offense in the match and fell to Oklahoma’s Justin Thomas, 6-3.

At 197 pounds Tyrell Gordon couldn’t find his offense but did fend off several deep shots by Oklahoma’s Jake Woodley. Woodley was in more than three high single attempts and every time Gordon fought him off. The only shot he didn’t fight off was a low single attempt by Woodley, who won the match with another escape and stall point.

UNI will next be in action at Oklahoma State on Friday night and then swing over to Utah for a dual with Utah Valley on February 9th. They’ll be at home for senior night against Iowa State February 21st.