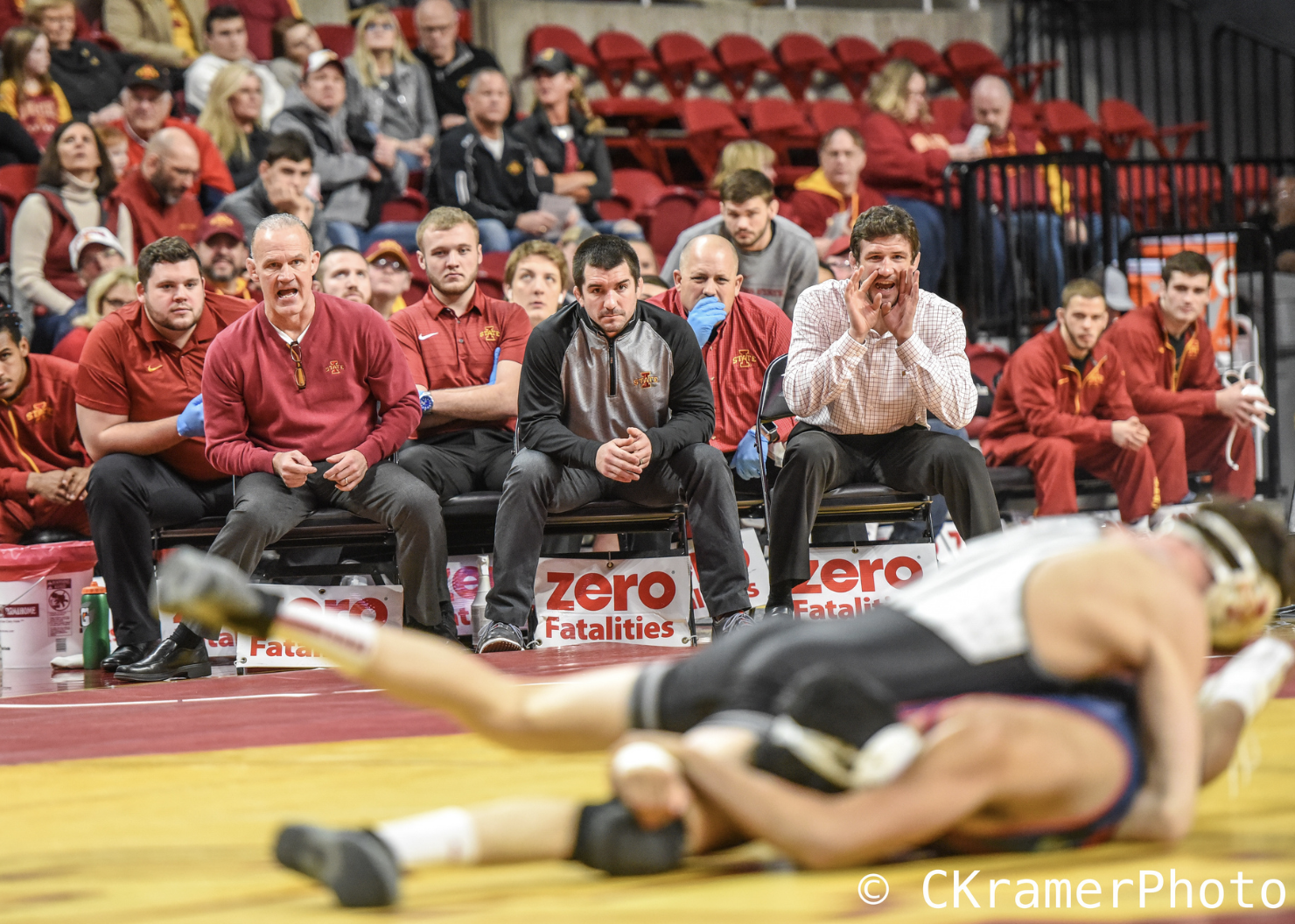 Iowa State comes in on a four dual win streak, and is also undefeated in the conference. The Cyclones boast an .833 winning percentage this season. West Virginia is reeling after a 40-3 defeat at the hands of Oklahoma State Friday night.

Alex Mackall aims to keep the pin parade going against West Virginia’s Joey Thomas. Alex, has earned falls his last two times out after getting out to big leads. He will look to get his third against Joey Thomas.

No need to panic in regards to Austin Gomez folks, it’s only January. Gomez has wrestled on some of the biggest stages in wrestling. I have no doubt that he’ll be ready against West Virginia when he faces #11 Matt Schmit.

After returning to the lineup after a mild concussion, Ian Parker has lit up the scoreboard! Against Fresno State he was a point away from a tech fall, and followed that up with a fall Thursday night at Rider.

Adding to his team leading takedown total is, Jarrett Degen. He tacked on eight more against Rider; taking him to thirty two on the year! He’ll have a top twenty opponent against West Virginia, #19 Christian Monserrat.

Against Fresno State, Chase Straw dropped a tough match in tiebreakers. He followed that up with 10-4 win on Thursday, sealing it with three takedowns in the third period. He’ll look to continue building momentum against Zach Moore.

Another top twenty ranked wrestler on tap for Logan Schumacher. The Mountaineers will send out #20 Nick Kiussis. No word on when, or if, Brady Jennings will be back this year. Remember loses don’t define you, they teach you. Logan is a young man with big potential.

Falling behind 6-0 in the first minute of his last match was no problem for Marcus Coleman. A quick takedown and four point cradle may have had some of you scratching your heads. No worries, he rallied to win by major decision 16-8.

At 184, Sammy Colbray will bring an undefeated dual record into Sunday. He put four on the board for Iowa State against Rider, with a 12-3 major decision. His overall record of 16-4 has him ranked  in the top twenty, and primed for a run in the postseason. The Mountaineers appear to be open at this weight.

In an interview after Thursday night’s dual win Willie Miklus said, “I want to be someone people want to come out and see.” I am one of those people that want to see Willie wrestle! Being in his sixth year has me looking forward to every match. Willie looks to add to his twelve victories when he faces Noah Adams.

Gannon had a tough outing against Rider. He is still tied for the most wins on the team this year, with seventeen. I spoke with him at the Social after Fresno State, and he has definitely bought in to what the coaching staff is preaching. I look for Gannon to make adjustments in the next month, and peak come postseason time.