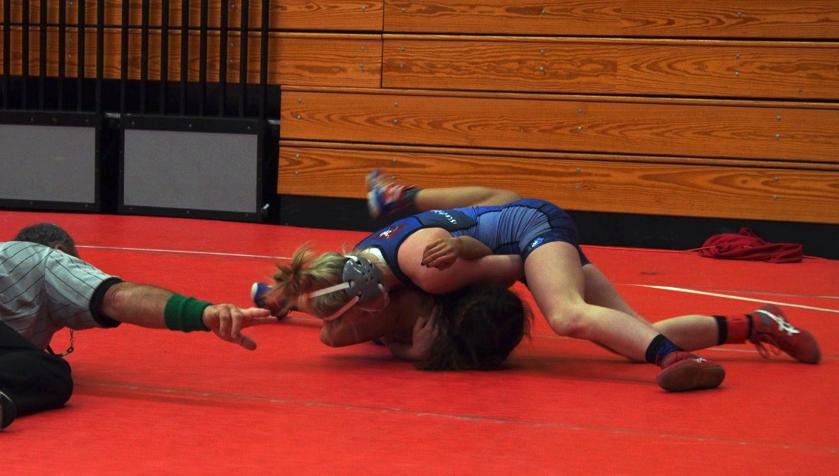 Cost: $15.00 per wrestler
Wrestlers will be registered online using the TrackWrestling system. Links for registration can be obtained through emailing Roger Riggins ​Roger.Riggins@lsiowa.org

Registration DEADLINE: ​Participant registration into TrackWrestling, along with seeding criteria is due by​ Tuesday January 15th, at 10:00pm.

Coaches: ​All coaches must be ​a certified coach, and approved by their school to coach in the event. The coach must be present to coach and be responsible for the girls entered.

Seeding: ​Will be done by coaches and members of the IWOCA

Press Release from IHSAA on behalf of IWCOA

The 2019 championship event conducted by the IWCOA marks the end of the second season in which IHSAA member schools offered females the opportunity to compete in girls’ divisions. All eligible girls competing on wrestling teams sponsored by the Iowa High School Athletic Association member schools and included on their rosters are eligible to participate. This event counts as one of the wrestler’s 17 competition dates allowed during the season by IHSAA rules.

Nationally, girls wrestling participation has nearly doubled since 2014 with more than 16,000 athletes competing during the 2017-18 season, according to the National Federation of State High School Associations (NFHS). IHSAA member high schools had 93 girls participating in wrestling last season when Ogden and Independence High Schools made history by offering the first in-season girls’ divisions. With new competition opportunities and teams recruiting and creating opportunities for their school’s female wrestlers, participation in Iowa has increased to 157 girls.

The IWCOA will serve as a presenting sponsor for the event.