Cyclones have plenty to build on after strong showing in Carver 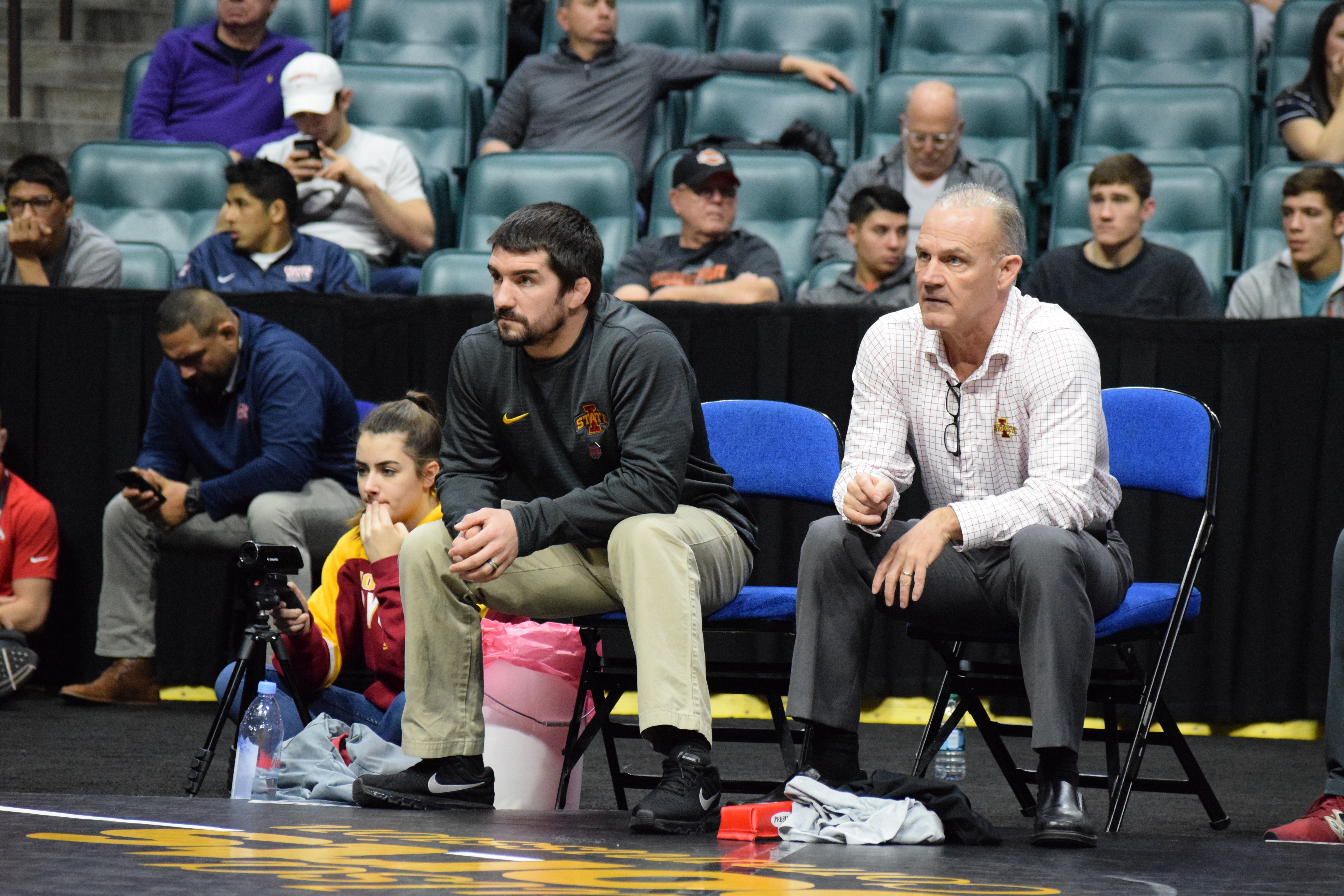 You couldn’t have wrote a better script to an Iowa State vs. Iowa Dual! It’s been a few years since the Cyclone faithful have been able to be on the edge of their seat like they were today. Coach Dresser most certainly has his guys trending in the right direction, and man is it an exciting time to be an Iowa State fan. This article isn’t a recap of the Dual, plenty of those are out there already. This is to show the progress being made in the Iowa State room, which should make fans of “Iowa” wrestling pretty excited.

The Dual started at 141 pounds where Ian Parker used a late Takedown to take the match over #8 Max Murin. You will see a common theme in the upcoming matches. Short time scoring by the Cyclones.

Next at 149 pounds #14 Jarrett Degen took on #11 Pat Lugo. They would go to overtime and eventually TB-1. Degen rode out Lugo in the first thirty second period. He then escaped in the second thirty seconds and added a Takedown in the waning seconds to secure the victory. Sounds familiar doesn’t it?

At 184 pounds #10 Cash Wilcke was up 6-4 on Sam Colbray with a minute left in the match. Colbray escaped and secured a Takedown with less than ten seconds to win 7-6. Ok, you’re starting to see the trend.

That brings us to 133 pounds, last match of the Dual, Hawkeyes are leading 19- 15. Due to criteria, Iowa State needs a Tech Fall to win, a tie goes to the Hawks. Austin Gomez takes on #9 Austin DeSanto. With the score tied at eight, under twenty seconds left, Gomez threw DeSanto to his back almost getting the fall, but getting the 14-9 win.

So, we see four matches against higher ranked wrestlers, and also in-state rivals, that were won in the last thirty seconds or less. This is proof Cyclone fans have something to be very excited about. I for one, can’t wait to be in Hilton on December 16th to watch this team!