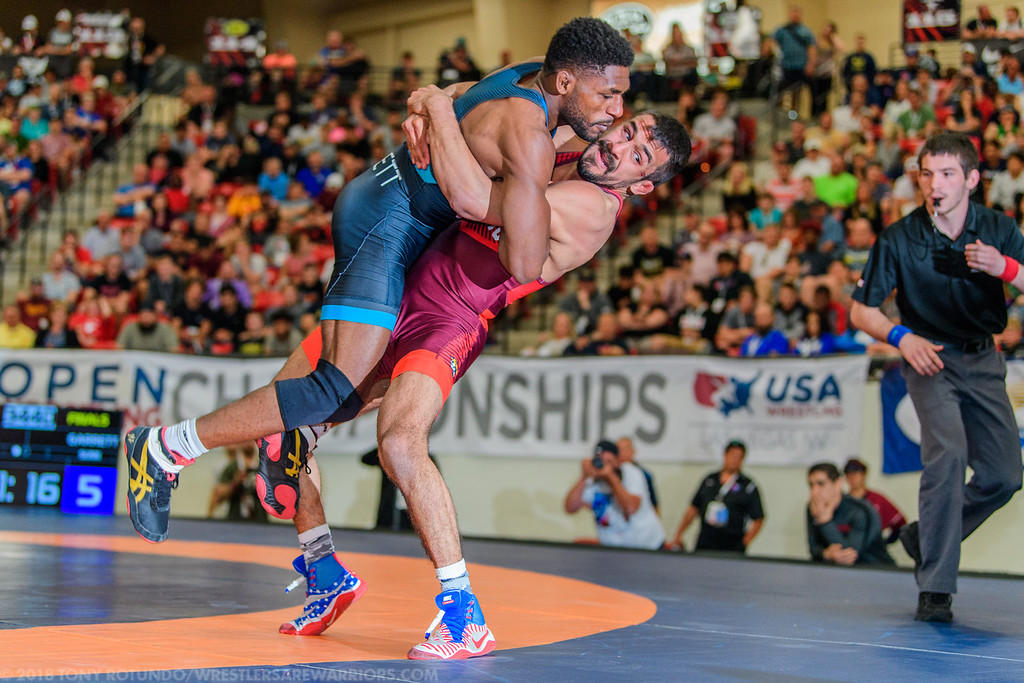 Former Panther All-American Joe Colon will be competing in his first Senior World Championships set for Oct. 20-21 in Budapest.

Colon (Fresno, Calif./Titan Mercury WC/Valley RTC) will compete in the 61 kg men’s freestyle competition after Nahshon Garrett (Tempe, Ariz./Sunkist Kids) has withdrawn from the 2018 World Wrestling Championships due to injury.

Colon was the Final X runner-up.

“Joe Colon has been training hard as part of our national team, and we have confidence in his ability to compete at the highest level and challenge for a World medal at 61 kg,” said national freestyle coach Bill Zadick.

Garrett, an NCAA champion and four-time All-American at Cornell, defeated Colon in an exciting three-match series in Final X to secure his World Team berth. Colon won the first bout, 7-5, but Garrett rallied with two straight wins, 10-5 and 12-0, to win Final X. In the 2018 U.S. Open finals in April, Colon won a wild finals bout over Garrett, 20-13.

Colon won a gold medal at the 2018 Pan American Championships. This summer, he added a silver medal at the Alexander Medved International in Belarus and a bronze medal at the Ziolkowski Memorial in Poland. He was second in the 2015 U.S. World Team Trials and was a 2018 Dave Schultz Memorial champion.

Based upon his results in the 2018 UWW Ranking Series, Colon qualified for the No. 4 seed at the World Championships and will be seeded in his weight class in Budapest.

A native of Clear Lake, Iowa, Colon was third in the 2014 NCAA Championships for UNI. Colon wrapped up his collegiate career with the Panthers in 2014. His third-place finish is remains the best finish of any Panther wrestler since 2005. He was a 2010 NJCAAnational champion for Iowa Central Community College. He currently trains with the Valley RTC and is the volunteer assistant coach for Fresno State.

One thought on “Joe Colon Going to Budapest, World Championships”