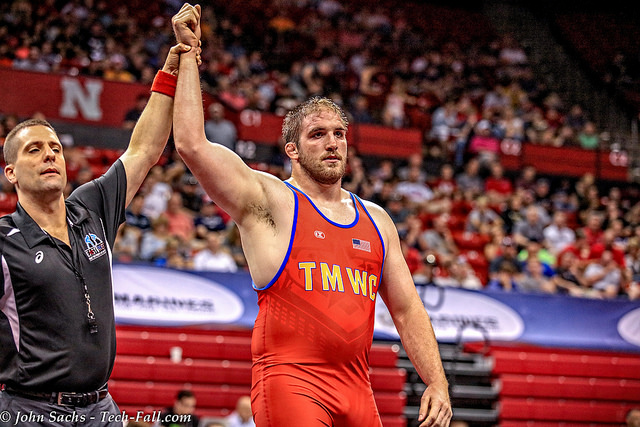 Telford fills a position previously occupied by Ben Berhow. Berhow is transitioning to a coaching and administrative role with the Hawkeye Wrestling Club.

He has competed in a number of international tournaments on the senior circuit, and as of last April, was the No. 5 ranked heavyweight in the United States. He is taking an indefinite leave from competition to focus his attention on his new position on the Hawkeye coaching staff.

“I’m fired up to get started,” Telford said. “I’ve wanted nothing but the absolute best for this team and the people in this program since arriving in Iowa City in 2011. This is an opportunity afforded to very few people, and I want to thank Tom, Terry (Brands), and (Ryan) Morningstar for giving me the chance to continue our pursuit of NCAA and World Championships.”

“This is a step forward for me,” Berhow said. “This transition allows me to maintain a role inside the Hawkeye program while balancing some personal interests outside of the wrestling room. I am embracing the challenges of both and looking forward to the year ahead.”

Telford is the second coach Brands has added to the staff this summer. Quinn Hollan was named strength and conditioning coach on Aug. 10.

“We had two experienced heavyweights in our room yesterday and we’ll have two experienced heavyweights in our room tomorrow,” Brands said. “They’re both in positions that fit them professionally, and they’re both aware of the expectations demanded by their new roles. That’s a good thing, because we have a lot of horsepower on our roster and we need everyone on board.”