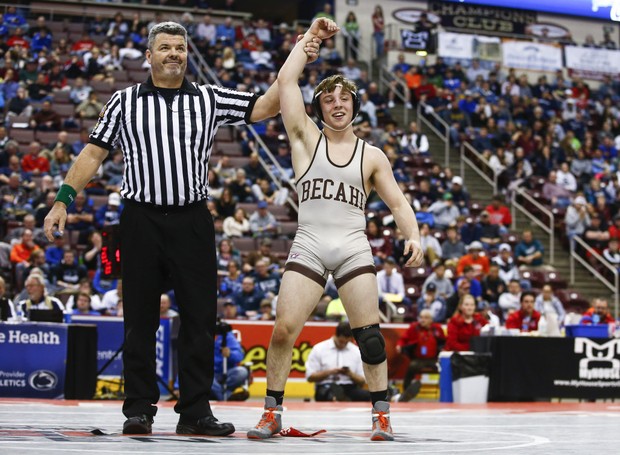 Football season is here and official visits are starting to heat up. September 1st also marks the official date Juniors can be contacted by colleges. This weekend the Iowa State Cyclones are looking to solidify some early commitments and garner some big name verbals.

IAwrestle has learned the following recruits will be on campus for the Cyclones upcoming game against South Dakota State at 7:00 P.M. We will keep you updated with more names as they become available. (There will be an outdoor practice starting at 4 P.M. on the southeast side of stadium)

Schriever is the No. 1 pound for pound wrestler in the state of Iowa according to our FAB50. He is currently No. 4 at 113lbs by The Open Mat after picking up another Fargo freestyle national title this summer. Schriever is also looking to go back-to-back at Super 32 next month after winning the 106lb title last year. A two-time Iowa state champion at Mason City is the crew of the crop in Iowa.

Last season Colby finished seventh place at 126lbs in Class 3A for Mason City. He picked up a big win over Joseph Pins this summer at Iowa/USA Freestyle State Championships by 11-0 TF who is ranked 35th in our FAB50. Look for Colby to jump into our pound for pound rankings after a great summer.

Reeves switched his verbal in May from Campbell University to Iowa State. The three-time Iowa state medalist and two-time state champion is ranked No. 4 in the country at 120lbs by TheOpenMat.This summer Reeves became a five-time Fargo All-American.

A two-time state finalist from Woodward-Granger ranked No. 13 in IAwrestles FAB50. Fisher has been battling through some injuries but is an All-American in both greco and freestyle at Fargo.

Anderson is a Bethlehem Catholic product in Pennsylvania that has racked up two PIAA medals picking up a state title this past season. Anderson is 77-6 on his career and is being recruited by NC State and Rutgers. He is currently ranked No. 1 at 145lbs by TheOpenMat.

Turley is a three-time state champion and two-time National Prep finalist. He is currently ranked No. 5 at 182lbs by TheOpenMat.