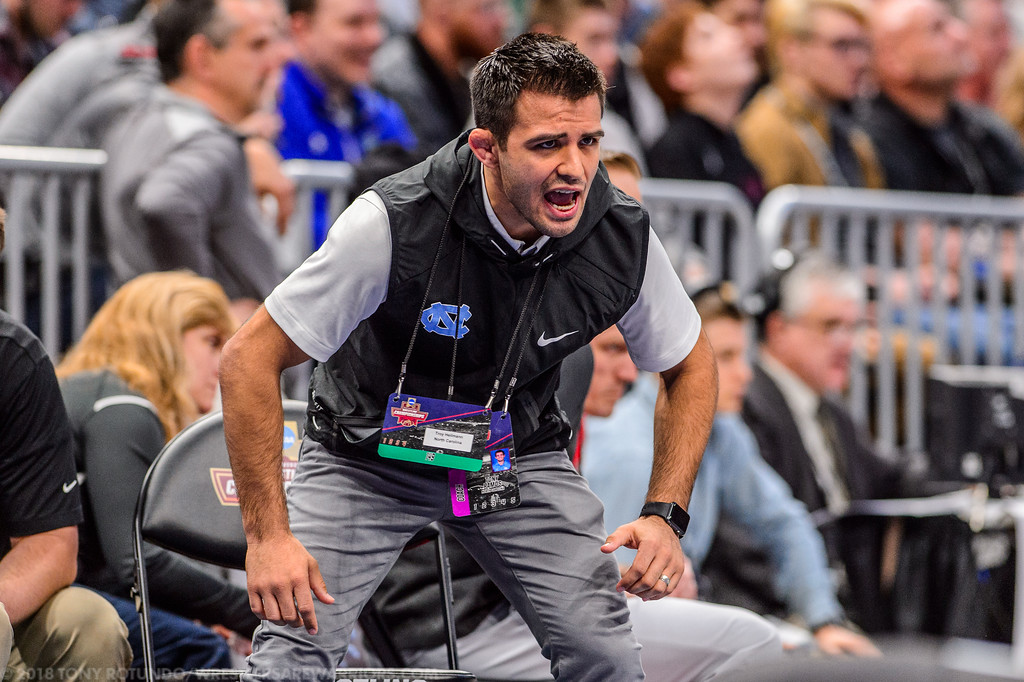 Former University of Iowa standout Tony Ramos has received a promotion to assistant coach at North Carolina. The bump comes following the news that Tar Heel assistant coach Neil Erisman accepted the head coaching position at Little Rock Arkansas. Ramos joined the UNC coaching staff in April of 2016 where he has served as a volunteer coach in each of the past two seasons. The promotion from the volunteer role will now allow Ramos to recruit athletes on the road.

The Tar Heels have already filled Ramos’ role by hiring former program standout Joey Ward. That news was announced by the team yesterday.

Since joining UNC Ramos has helped the Tar Heels produce two All-Americans and a top 20 finish in 2018. Ramos has also been a major asset for UNC’s recruiting, helping the Tar Heels land a pair of wrestlers in the 2017 class from his home state of Illinois. Both Jamie Hernedez and Austin O’Connor were rated as top 100 recruits, and O’Connor was a gold medalist for the U.S. at the Junior Pan-American Championships. Ramos also played a vital role in landing Joey Melendez in UNC’s #9 ranked recruiting class in 2018.

During his time in North Carolina, Ramos has also competed as an athlete at Tar Heel Wrestling Club. As a competitor Ramos was the runner-up at the 2017 World Team Trials, and made his fifth straight national team earlier this summer.