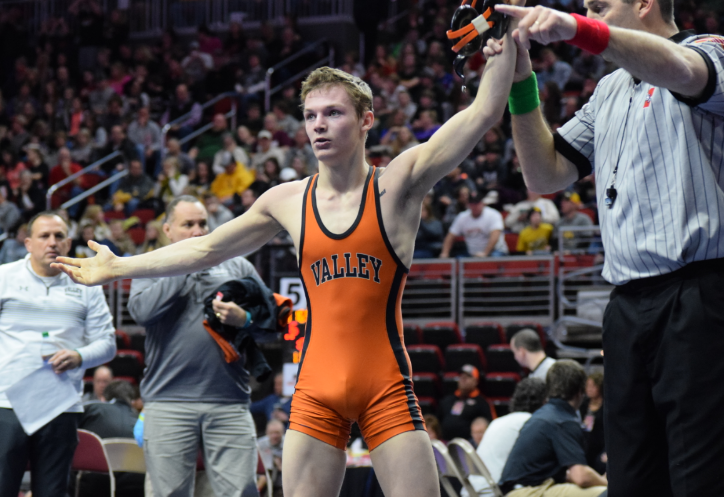 The 2019 class features several lightweight hammers, but the one that has arguably seen his stock rise the most over the past 12 months is West Des Moines-Valley standout Nick Oldham. Despite reaching the state finals as a freshman, Oldham’s breakout year was this past season where he earned OW honors at the Conflict at Carver, narrowly missed on medaling at the Super 32, and captured his first state title by downing Caleb Rathjen.

All of that success has led to the Tiger rocketing up IAwrestle’s Fab 50 rankings going from #35 to #10 in the latest release. As things currently stand Oldham is the state’s #2 lightweight recruit in 2019, and he is also the state’s #2 available senior. We reached out to Oldham to get a recruiting update and find out what schools are after the talented lightweight.

The top four schools Oldham is currently considering are Edinboro, Minnesota, Ohio State, and South Dakota State. Oldham made it clear that those schools are not a final four, which he is hoping to set after he competes at the Super 32 tournament later this fall. Oldham also mentioned that he didn’t have any plans to necessarily make a decision prior to the start of the season.