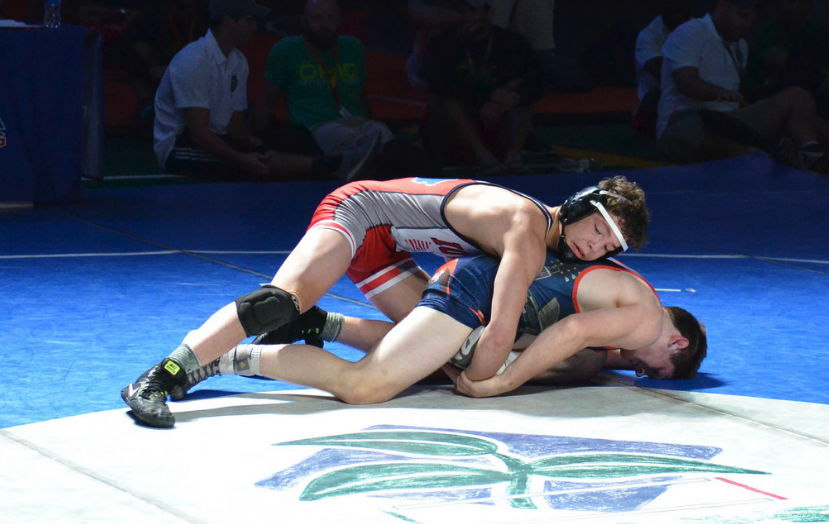 Six wrestlers from the state of Iowa are coming home with some hardware, as each earned All-American status at UWW’s Cadet freestyle nationals in Akron, Ohio. Finishing on the podium for Iowa was a trio of wrestlers from Southeast Polk, Mason City star Cullan Schriever, Logan Magnolia’s Logan Thompson and freshman phenom Drake Ayala of Fort Dodge.

Hailed as the state of Iowa’s biggest favorite Ayala came in as the top seed at 45kg. Ayala opened his tournament with a 10-0 technical fall before being upset by Maxximus Martinez in the quarterfinals, who finished the tournament as the runner-up. He rebounded with a criteria victory in the consolation bracket before having to default out.

Iowa’s other key contender was the state’s top ranked prep (according to the IAwrestle Fab 50) Schriever, who finished sixth at 51kg. Schriever reached the quarterfinals of his bracket after receiving the top seed, but then fell to Oklahoma’s Carter Young, 4-0. His second loss came to New York’s Greg Diakomihalis, 2-0.

Medaling for the Rams was a pair of wrestlers from the class of 2019, Cade DeVos and Lance Runyon, and 2020 wrestler Gabe Christenson. DeVos ended the weekend has the highest finishing Iowan, bringing home fifth at 65kg. Runyon finished fifth at 71kg, while Christenson pulled double duty earning All-American status in both freestyle and Greco-Roman.

Christenson had a breakout Greco tournament placing third, with his final victory coming against West Virginia’s Braxton Amos – who was a Fargo champ last summer. Christenson added an eighth place finish in freestyle to end the tournament.