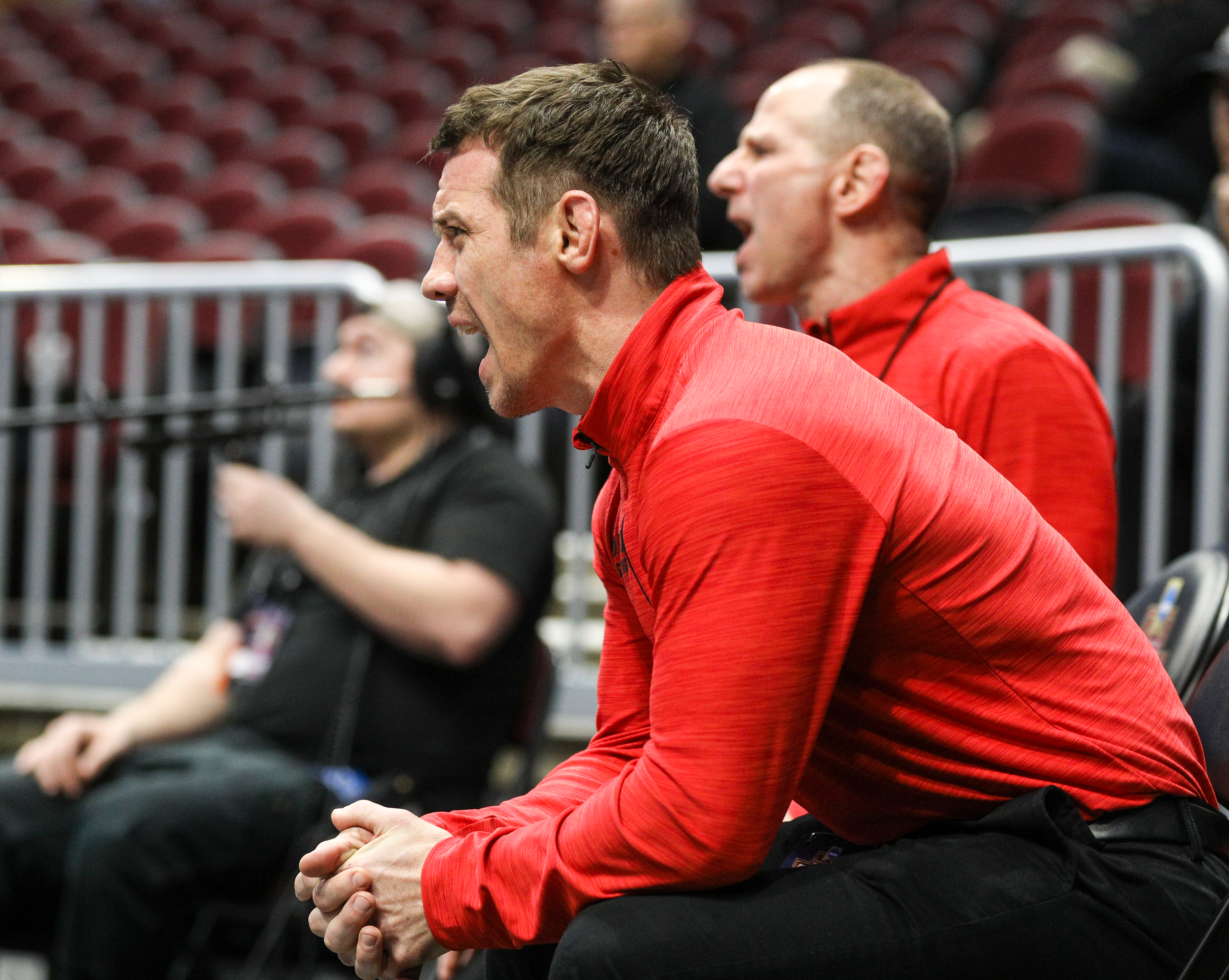 Former Hawkeye NCAA champion and Iowa native Cliff Moore is on the move as the long time Edinboro assistant coach has accepted a position on the West Virginia Coaching staff. After spending 12 seasons at Edinboro, Moore will remain on Tim Flynn’s staff in Morgantown along with former Edinboro All-American Mitchell Port.

“I’m excited to join coach Flynn at West Virginia,” Moore said in a WVU press release. “The transition has been smooth so far. It is a great atmosphere with a great support system. We’re excited to move this team forward and in the right direction.”

Moore joined the Fighting Scots in 2006 after working the previous two years with the Hawkeyes. After serving as the strength and conditioning coach in 2004-05, he was an administrative assistant his second year. During Moore’s time at Edinboro the Fighting Scots have produced seven NCAA finalists, two NCAA national champions and 24 All-Americans.

Moore committed to in 1999 after winning three state titles as a prep standout for Dubuque Hempstead. As a Hawkeye Moore was a three-time All-American under Jim Zalesky, winning the 141-pound title as a senior in 2004. He was presented the Mike Howard Award as Iowa’s most valuable wrestler. Moore ended his career with 20 straight wins, including his second Big Ten title. All told, Moore posted a 109-24 career record in the black and gold competing at 133 and 141 during his career.

Moore captured Big Ten titles as a junior and senior. He gained another sixth place finish and All-American honors at Nationals in 2002-03, once again competing at 133 lbs. While ending the season with a 31-9 record, he captured his first Big Ten title with a 3-1 win over Minnesota’s Ryan Lewis in sudden victory. He was named the John and Dorothy Sill Award winner as Iowa’s most dedicated wrestler. Moore was also a member of the 2006 National Freestyle Team.