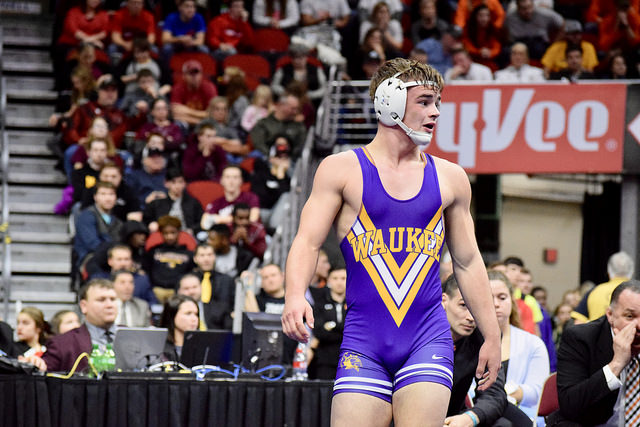 Iowa State continues to fill their upperweight cupboard as they have landed yet another commitment, this time from Waukee’s Bradon Tessau. The 2018 state runner-up projects at either 174 or 184 at the next level.

“It felt like the right fit right away.” Tessau told IAwrestle of why he picked Iowa State, “I really liked the academic side of things, the facilities, the coaches, and I am excited to be a part of where the program is headed.”

Tessau was a member of the Waukee program, which rose to national prominence this season – featured as InterMat’s #41 team in the nation – and the team took second in both the traditional and dual team tournament. The warriors qualified eight wrestlers for the traditional tournament, and all eight members managed to place in the top five individually.

“It was awesome being a part of that program throughout high school. We really wanted change the culture of Waukee wrestling and I feel we did a great job of that. Being pushed day in and day out by our coaches and having competitive partners made a huge difference not only for myself but my teammates as well.”

Tessau picked Iowa State over Division I options Iowa and South Dakota State, and NAIA super power Grandview was also in the mix.

He joins a strong Cyclone recruiting class that features Joel Shapiro, Logan, Schumacher, Anthony Sherry, Hunter Dejong (all of Iowa, and Tyler Buesgens of Minnesota as wrestlers projecting at either 184 or 197 pounds. Additional wrestlers in the Cyclone class include n state commits Isaac Judge, Francis Duggan, Grant Stotts, and Zane Mulder, as well as out of state commit David Carr of Ohio.