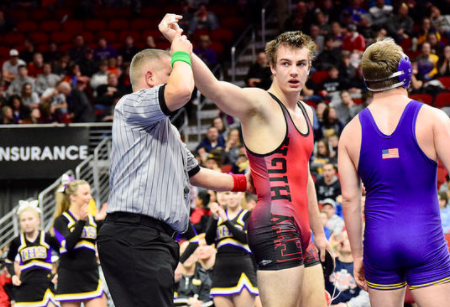 2018 Iowa High School 3A 195 State Champion Jacob Dykes has informed IAwrestle that he will be continuing his academic and athletic career at Division II Southwest Minnesota State. The Iowa City, City High product was a 4 year varsity starter, 3-time State qualifier, which included a 5th place finish his junior year. Dykes was also considering in-state Division III schools Loras and Coe. When asked what made SMSU stick out in the end, he indicated that SMSU made the most sense financially, academically and athletically. He plans to compete at 197 pounds for the Mustangs, and will major in Accounting.