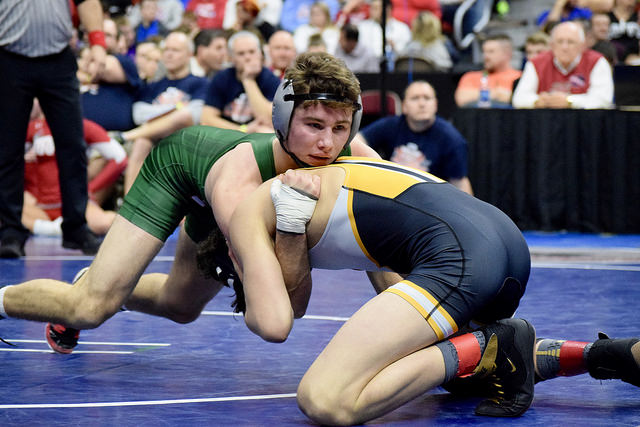 Mason Hulse of Boone has been a name on the rise the last four years as he has made steady improvements throughout his high school career. From not qualifying for state his freshman year, being a qualifier his sophomore year, placing sixth at state his junior year, and all the way to the state state finals his senior season. Hulse finished as the class 3A 145 pound state runner up in February becoming the first Boone wrestler to reach the finals since 2006. Now Hulse will look to take another big jump to the Division I level as he has committed to coach Troy Nickerson at the University of Northern Colorado.

Hulse told IAwrestle that “It felt like home and I really connected with the coaches while on my visit. Also, they were very open and talked my family and I through everything and just made it feel like home to me.” When asked if it was difficult to pick a school far away from home Hulse said “Not really. I will miss my family but I felt like this was the best decision for me and my family understands that.”

Hulse said that he plans to wrestle at 149 or 157 pounds in college. Hulse is the only Northern Colorado commit from Iowa but he will be joined by Night of Conflict alum Jace Koezler of Kansas and War at West Gym alum Billy Higgins of Nebraska in the 2018 class.