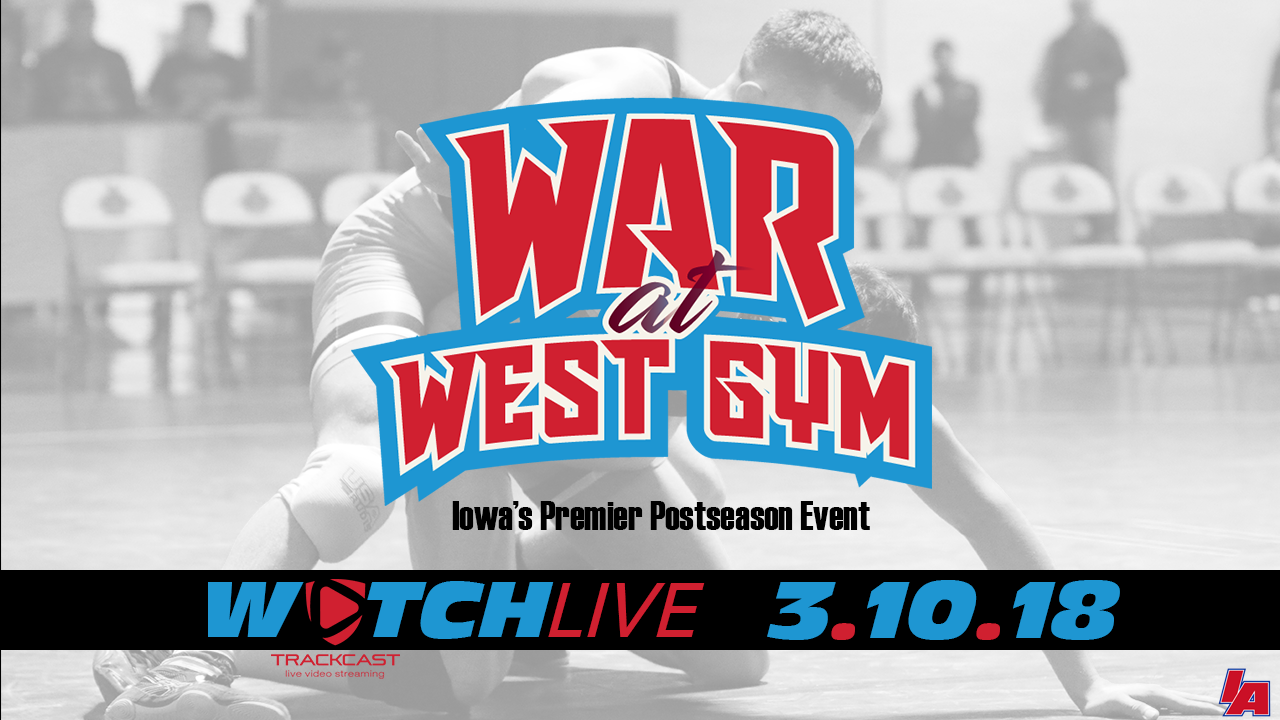 When: March 10th at 6:00 P.M. (Doors open at 5:00 P.M.)
Where: University of Northern Iowa (West Gym)
Tickets: Eventbrite or AT Door $10
Watch: Live stream will be available via Trackcast

We have set our 13th and final War at West Gym matchup with a pair of 3A wrestlers meeting in the event’s leadoff bout. Both wrestlers came away with third place honors at the 2018 state tournament with Southeast Polk’s Kobey Pritchard taking third a 120 and Dubuque Hempstead’s Joe Pins earning third at 126 pounds.

In a different world these two wrestlers might have been contending for a state title but their third place finishes are a result of running into two of our state’s top wrestlers. Pritchard is a three-time state medalist, who had the unfortunate luck of drawing three-time state champion Kyle Biscoglia as his quarterfinal opponent. In fact Pritchard’s only in-state losses came to nationally ranked wrestlers.

In a similar boat, Pins ran into four-time state champion Brody Teske in his semifinals bout in what was just his third loss of the season. His other losses came to Alex Thomsen (nationally ranked) and two-time finalist Ben Monroe.

This will be a great leadoff bout between two wrestlers full of talent. Most fans are well aware of what Pritchard can do when he gets on top of his opponent, so Pins will need to take full advantage of the neutral position.