Knights Chase Down Number 14, Loras Reaches for the Podium 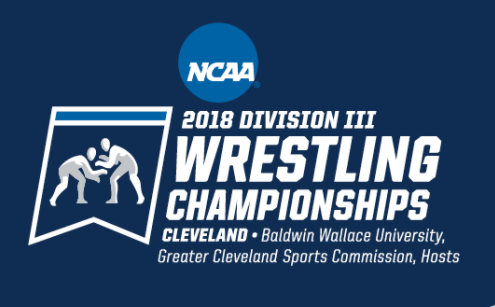 Team Race: The historical battle of Division III wrestling continues to wage on between team greats, Augsburg University and Wartburg College. These two teams continue to battle for the top spot in DIII. If the Knights come out on top, this will be title number fourteen. Coach TJ Miller and the Loras College Duhawks have stormed onto the scene as a recent threat and top-three contender.

125 lbs: Top-ranked CJ Pestano (Central) will pave the way in the 125-pound weight class. Pestano will wrestle into the tournament, facing Ferdinand Mase of Ithaca in a pigtail match. Pestano will be joined by Wartburg Knight, Brennen Doebel. Doebel will open the tournament facing #4 Peter Del Gallo of University of Southern Maine.

133 lbs: University of Iowa transfer, Brock Rathbun (Wartburg) will be the sole representative from an Iowa institution in the 133-pound weight class. Rathbun is currently ranked third. He will face Dante Ginnetti of Baldwin Wallace to open the tournament.

141 lbs: Cornell College’s top-ranked Josh Martin and Loras’ Kevin Kelly will represent the state of the Iowa at 141 pounds. Kelly will wrestle for a position in the tournament, facing Sean Lyons of NYU. Martin will start the tournament as the second seed, facing Charles Nash of Baldwin Wallace.

149 lbs:  Top-ranked Cross Cannone (Wartburg) returns to the national tournament. He will be joined by Loras’ Jimmy Davis. Davis is currently ranked 5th. Cannone will face Grant Sorenson of Trinity to start the tournament. Davis will wrestle for a position in the tournament, taking on Stephen Maloney of Messiah in the pigtail round.

174 lbs: Wartburg great, Eric DeVos returns to the national championship in pursuit of another national title. He will enter the tournament facing the winner of a pigtail round match. DeVos will be joined by Coe College’s fifth-ranked Jake Voss and Central College’s Nathan Fritz. Voss will wrestle Troy Seymour of Oswego State. Fritz will face Jon Goetz of UW-Platteville.

184 lbs: Brackets and qualifiers for this weight will be delayed due a medical replacement within the bracket. As of current, Tyler Lutes of Wartburg College has qualified for the tournament.