3A vs 1A Between Fox – Stewart 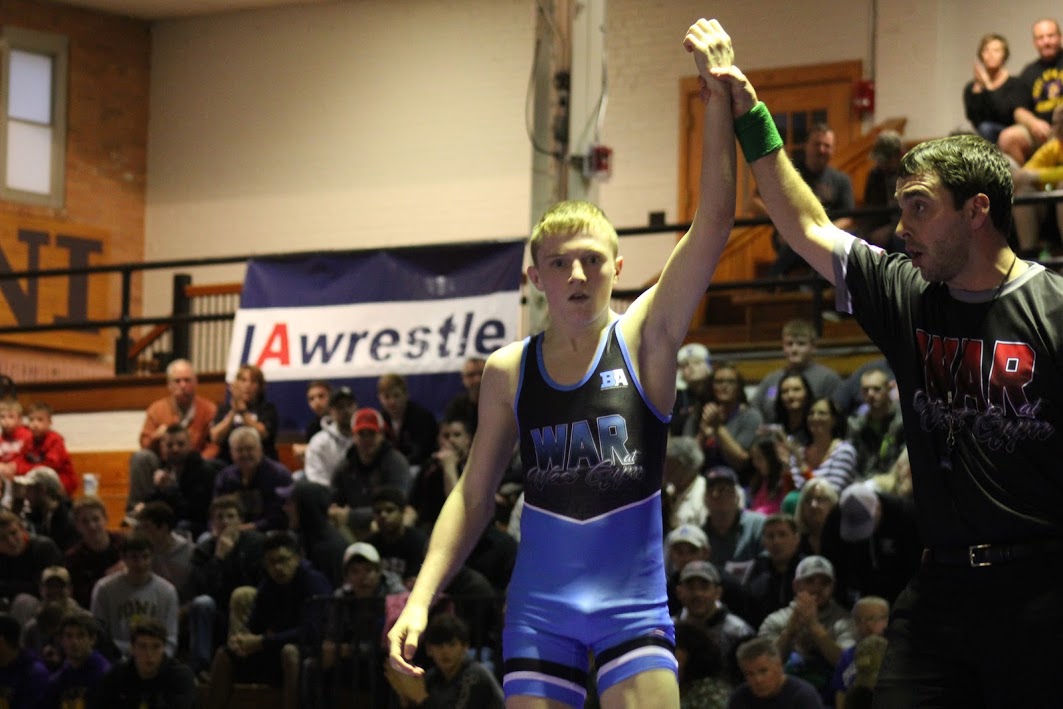 Another War at West Gym matchup has been set and this one will once again feature a class battle between two state champions. From 1A we will see Don Bosco’s Gable Fox take on the top dog from 3A, Zach Stewart of Perry.

A four-time Iowa high school state medalist, Fox capped off his career by claiming his first individual state title and helped lead Don Bosco to another Dual Team title as well. Fox also has the added benefit of familiar territory. Not only is Fox committed to wrestle for UNI next fall, but he’s also a War at West Gym veteran, downing Webster City’s Drake Doolittle in the event’s first ever matchup.

Stewart got a late start to his wrestling career, but has been able to rapidly improve since picking up the sport as a freshman. His first ever trip in the post season came as a sophomore where he reached districts, and he followed that by reaching the state tournament as a junior. His senior run to the title included knocking off three ranked opponents in his four wins to reach the top.

One thought on “3A vs 1A Between Fox – Stewart”