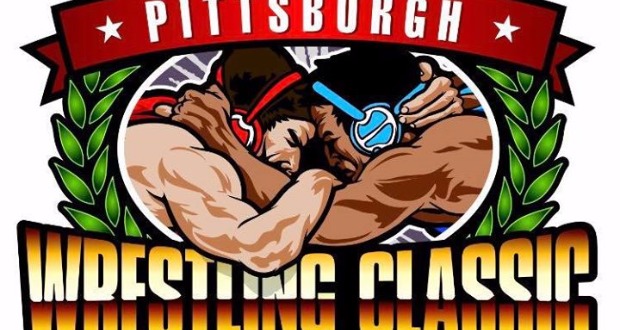 Team Iowa has been officially selected for the Pittsburgh Wrestling Classic with 13 wrestlers representing the great state of Iowa headed east to take on the WPIAL team. Team Iowa has combined for 18 individual state titles in the state of Iowa – 21 total as 160-pound wrestler Josh Ramirez (Dubuque Wahlert) was also a three-time Louisiana state champion.

“I’m excited to see what this team is capable of.” IAwrestle owner Ross Bartachek said of the lineup, “This senior class has been one of the strongest to come through our state in some time and I can’t wait to see how they perform at one of the nation’s most prestigious all-star events.”

A GoFundMe has been established for the wrestlers to help cover the cost of transportation, lodging, and meals in Pennsylvania.

About the Pittsburgh Wrestling Classic:

In Classic XIX, McGinnis entered The Classic with an unblemished record and 4 state titles. The Jeff McGinnis versus Tom Tomeo match was one of the more memorable matches in Classic history being decided by a Tomeo takedown in overtime. McGinnis went on to win a national title for Iowa in 1998.

Three years later in Classic XXII, Juergens put his 4 state titles on the line against Jeremy Hunter. The crowd showed their appreciation for the talent both young men displayed with Hunter prevailing in a hard fought 8-3 victory. Juergens and Hunter both went on to win a national title for their schools, Iowa and Penn State, respectfully.

Pete Bush, Davenport Assumption High School is organizing the Iowa All-Star Team. “The Iowa wrestling community is very excited and honored to compete in this prestigious event showcasing America’s best high school seniors. We have a very strong senior class with many nationally ranked wrestlers. I’m confident our kids will be ready to challenge the best wrestlers from the WPIAL” said Bush.

Bush will be working with Jason Christenson, Head Wrestling Coach at Southeast Polk High School to assemble and prepare the All-Star Team.

Proceeds from the Pittsburgh Wrestling Classic benefit a youth wrestling program at the Boys & Girls Clubs of Western Pennsylvania through the Dapper Dan Youth Sports Leagues.

More information can found at www.wrestlingclassic.com.