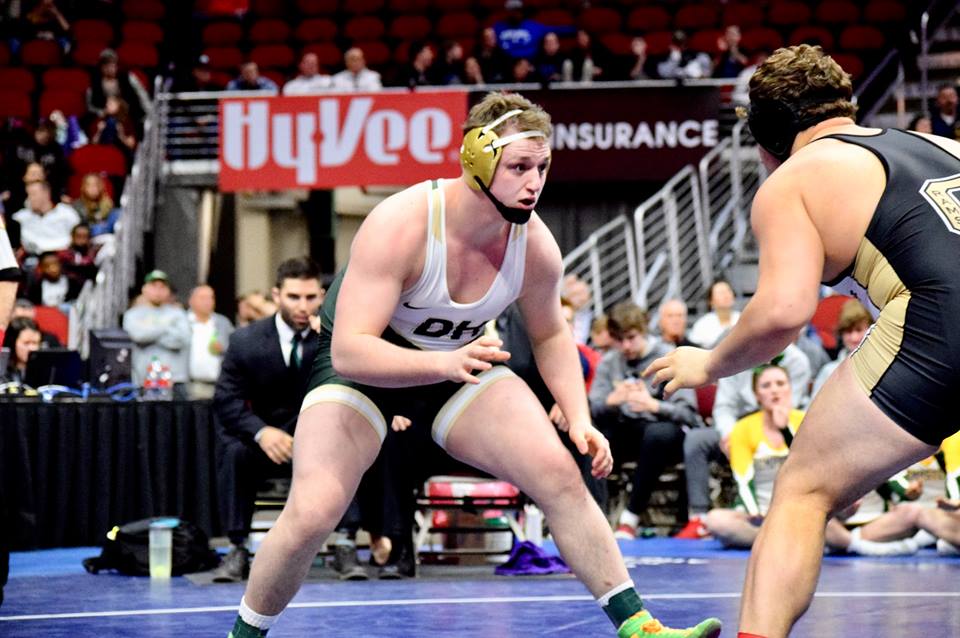 Dubuque Hempstead’s Dylan Olson has made his college decision as the 3A heavyweight informed IAwrestle he will be continuing his wrestling career at Loras College. While Olson did look at a couple other options, in the end his hometown ties played a big role in his college choice.

“It’s in my hometown and it’s where we had kids club growing up and I guess it’s always been a dream of mine to rock the crest.” Olson told IAwrestle on his decision.

The DuHawks are getting a wrestler that looks to be on the uptick. After going 1-2 at the state tournament as a junior, Olson was able to jump levels reaching the 3A state finals this past weekend. Not only that, but Olson also placed fourth at USA Wrestling Preseason Nationals in late 2017.

“We have a lot of great coaches that dedicate a lot of time to help us be great.” Olson said of his improvement, “Getting beat out last year just fueled me and I was in the room the day I got back from state. I didn’t want to feel that pain again of losing at state.”

The addition of Olson will give the DuHawks some great depth at heavyweight. Right now the #5 ranked Quin Gilliam is currently manning the spot for head coach TJ Miller and he will be back for his senior season in 2018-19. Having a strong veteran like Gilliam should give Olson the exact type of partner he needs to push him early in his career that will make him a strong candidate to move into the lineup sooner rather than later.

“I got into this sport late starting in seventh grade so I think I am only going to get better from here. Loras is on the rise also and they are doing huge things and I can’t wait to be a part of the legacy and grow with the team.”